Home Archives Profile
"Becoming a writer is about becoming conscious. When you're conscious and writing from a place of insight and simplicity and real caring about the truth, you have the ability to throw the lights on for your reader." - Anne Lamott
"Being a poet is one of the unhealthier jobs – no regular hours, so many temptations!" – Elizabeth Bishop

Top 5 Habits All Writers Should Possess 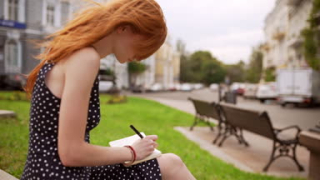 Drawing upon my experience working as an editor with hundreds of authors and having read far more interviews of or essays by writers, I’ve noticed five common habits among them. Any time an aspiring author asks me what they can do to become a better writer, I automatically recommend adopting those habits.

TIP 1: Read Every Day
Read great literature and read the best writing in your favorite genre. Pay attention to what makes it quality writing. For every five great books you read, read a poorly written one to see if you can recognize why it doesn’t work. People learn largely by observing then modeling what we saw – kids, for example, imitate their favorite athletes’ moves – and writers are no different. In fact, modeling a work you love by trying to write a story, line by line, just as the author did, is a great way to master the craft of writing and storytelling.

TIP 2: Write Every Day
You can’t be a musician unless you play a musical instrument, and you can’t be a painter unless you paint. Likewise, you can’t be a writer unless you write. The more you write, the better you’ll get, just as a would-be guitarist becomes the next Clapton or Frampton by constantly playing and practicing and experimenting with his six-string. Of course, you can take a day off now and then to recharge, just as a jogger waits 48 hours between runs to let her muscles heal and avoid overstressing them. But if you want to win the race – or hit No. 1 on the bestsellers list – then you must write far more days than not.

TIP 3: Follow a Writing Process
Pantsers (Those who write without an outline) really are one of three kinds of writers: geniuses (a rare few of them); poor writers just doing it for fun (many of them); or deluded (most of them). I say “deluded” because they actually are using a writing process – they’re just doing it in their head rather than jotting on paper ideas they’ve brainstormed, outlines of their plot, or bios of their characters. All of it’s up in their head. Most would be more productive if they wrote it down, however. The simple – and almost always nonlinear – steps in the writing process are: brainstorming; outlining; drafting; revising; and placing some revised draft into a final, publishable form.

TIP 4: Read Up on the Craft Itself
Articles about how to write better will help you think about problems in your writing that you’ve never recognized before. It’ll help you come up with solutions to plot and character and point of view issues that have perplexed you. You’ll find that most editors, published authors, literary agents, and creative writing teachers all dispense the same advice – use active voice, make conflict the heart of your story, show don’t tell, and so on. Mastering just those three bits of sage advice will make your writing a hundred times better.

TIP 5: Live Like a Writer
No, I don’t mean dress in all black and hang out all day at coffeeshops. (Though that is a lot of fun.) Rather, you must act and think like a writer. All writers, no matter what genre they write in, are observant, take an interest in all that’s around them, and ask questions, always believing that everything they see and hear and smell and feel and taste some how some way can find itself into their story. Ideas tumble around in their heads all the time, and they thirst for media and conversations in which the same is happening to whoever they are listening to or talking with. They think and speak like they want to write, using active verbs rather passive voice, offering concrete details rather than abstractions, and telling instead of showing. In short, they are writer 24/7 not just during the few minutes a day they sit in front of a computer screen or a composition book.