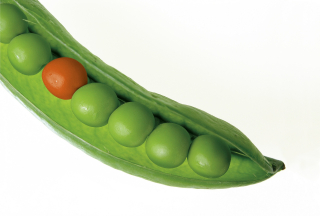 writers struggle over which of these two phrases to use. One definitely is better than the other – usually.

Different from means “to contrast two things.” For example, if you wanted to show how one football team is strikingly dissimilar to another team, you might write The Los Angeles Rams play an offensive scheme that is different from the New York Giants.

Different than also means “to contrast”; the two words in the phrase often are split, as in Steve took a different approach to his science project than Mike did.

I recommend using different from, but in cases where you can avoid clunky sentences, go with different than.