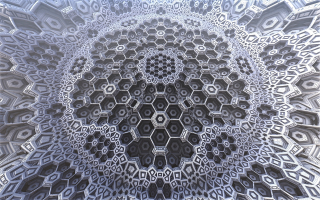 fiction stories typically arise from a novum, a scientifically plausible concept that is a “reality” in the tale. The novum might be an mechanical device like robot servants, artificial intelligence, or faster-than-light spacecraft; it also can be a hypothetical idea such as “The Earth is a scientific experiment run by aliens to determine the meaning of life” or “The government outlaws books.” The author then asks “What if?” exploring how the world with this novum is different than ours.

Among the problems of many novice science fiction writers is instead of introducing a new novum they rely on used furniture – that is, they borrow novums from popular SF series. After all, how many novels have you read that use starships exploring the galaxy for the Earth-based Federation? Barely changing names to appear as if you are not appropriating – a starcraft seeking M-class worlds for the Earth-centered Alliance – still doesn’t cut it as original or fully using the potential that science fiction offers to examine our culture or humanity.

To help SF writers, here are some novums of potential near-future inventions from which stories could be built:

Artificial blood
What if there was no need for donors as blood could be created artificially for transfusions? How does this change medical care and the lives of those who regularly donate blood for profit?

Hypersonic missiles
What if modern missile systems deployed by the world’s powers largely were hypersonic, meaning they can travel faster than 6000 miles per hour? How does this threat change the balance of power?

Mini Ice Age
Solar activity could decrease by about 1 percent in the 2030s, ushering in a mini Ice Age, similar to what gripped Europe during 1645–1715. How does this affect people’s daily lives as geopolitical power shifts?

Robotic sex partners
What if robots were sold as sexual partners? How would this affect male-female relationships?