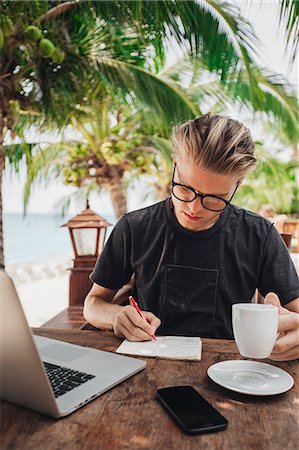 page of your story always should include your protagonist’s intentions, meaning the step he plans to take to deal with the story’s main problem.

Suppose the problem of our story is that a character possessing some special gift must avoid capture by a nefarious person seeking to control and use her powers for his own gain. Our protagonist is assigned to protect the character with the gift. His intention would be his initial plan to protect her from the antagonist’s anticipated first move. From there, the story moves into the rising action as the reader will be shown how the protagonist may or may not succeed.

The intention given on the first page – and those given throughout the rest of the story, for that matter – should arise from the protagonist’s internal motivations. Suppose, for example, that our protagonist from the last paragraph prides himself for being meticulous in his planning, as it has led to his success and respect from his peers, all of which feed his sense of self-worth. His internal motivation then his to perform his duty in a way that leads to him continuing to maintain his self-worth. Because of this, his intention could be to ensure he has planned to perfectly counter both a frontal attack and an ambush, as he ferries the gifted character to a place of hiding.

This intention also must always conflict with resolving the story’s central problem. Suppose that the gifted person being ferried is not one who much likes being told what to do. The result is that this person does something during an ambush that goes against our protagonist’s plans and so she goes missing. In short, the protagonist’s planning was for naught because his fatal flaw was the assumption that everyone with him would follow the plan. While the failing of the intention won’t appear on the first page, as a writer you must be aware of how the intention established in the opening paragraphs will play out in the pages ahead.

Without an established intention, your protagonist will wander aimlessly into the first scene of the rising action. At the very least, your story will be underwhelming. Suppose you established no intention in the aforementioned gift story. What would happen during as the rising action begins? Would they just march along toward their destination? If there is attack, because the intention doesn’t come into conflict with solving the story’s central problem, the protagonist’s planning would result in the ambush being repelled. That’s nothing more than a fight scene. Either way, the story’s suspense and tension doesn’t increase into the next scene.

Ideally, the protagonist’s intention, as it conflicts with solving the story’s central problem, will result in him questioning his own internal motivations by story’s end. While this isn’t something that is written on the story’s first page, it is something that the author, as penning the opening paragraphs, should think through. In the case of our protagonist, he should come to wonder if he is too rigid in his approach to his mission and to life itself. Perhaps to succeed he must decide to be flexible…and perhaps to maintain his self-worth he must feed it in ways other than his peers’ praise.