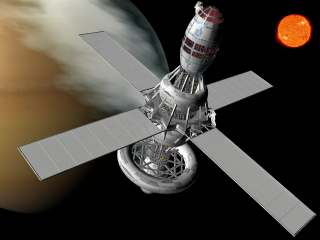 stories typically revolve around a novum, a scientifically plausible concept that is a “reality” in the tale. The novum might be an mechanical device like robot servants, artificial intelligence, or space stations with artificial gravity; it also can be a hypothetical idea such as “The Earth is a scientific experiment run by aliens to determine the meaning of life” or “The government outlaws books.” The author then asks “What if?” exploring how the world with this novum is different than ours.

Among the problems of many novice science fiction writers is instead of introducing a new novum they rely on used furniture – that is, they borrow novums from popular SF series. After all, how many novels have you read that use starships exploring the galaxy for the Earth-based Federation? Barely changing names to appear as if you are not appropriating – a starcraft seeking M-class worlds for the Earth-centered Alliance – still doesn’t cut it as original or fully using the potential that science fiction offers to examine our culture or humanity.

To help SF writers, here are some novums of potential near-future inventions from which stories could be built:

Digital fabricator
What if everyone had a sophisticated 3D printer in their home or business? All you have to do is download a pattern, enter enough raw materials, hit PRINT, and voilà, you have a toy, a small piece of furniture, or an electronic device. How will this disrupt and alter the economy and people’s lives?

Fire-fighting drones
Rather than fight fires with water, why not have drones direct pressure waves at fires? At the right frequency (especially a bass sound), the sound waves actually suck the oxygen away from the fire, suppressing it. Could such a system be installed in buildings rather than the sprinkler systems we currently use?

Hyperloop mass transportation
What if compressed air and induction motors could propel a train through a vacuum tube at 760 miles per hour (Such a system already is on the planning table.)? How would this change commuting, the way retail shops are located, and people’s perception of distance?

Invisible gel
What if doctors, during a diagnosis or surgery, could inject a liquid into the body so that skin is nearly transparent, allowing them to see through to the blood vessels underneath? What other applications might there be for this gel?

Robot pets
What if your family could have a robot pet, a perfect replication of a dog or a cat, except that it never needs to be fed or cleaned up after, can be powered down when you go on vacation, and will live much, much longer? What are the downsides of having such a pet?