Avoid answering-the-phone cliché in your story 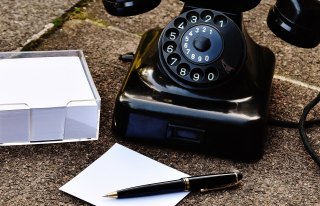 way writers slow stories is with the answering-the-phone cliché.

This cliché consists of detailing all the trivial steps and dialogue that goes into answering a phone call. For example:

John’s cell phone rang. He pulled it out of his pocket, hit the phone icon. “John here.”

“Good.” There was a long pause.

“My car broke down again.”

There’s a lot of dull stuff in that passage that merely shows how John answered the phone and the courteous greetings that come with it. While the passage may be true to life, including those details isn’t necessary in a story. They leaves the story with a null that serves no purpose – they don’t ramp up the tension, they don’t reveal a character’s motivations, and they don’t set the mood.

Instead, the passage could be trimmed to read:

“My car broke down again.”

The short version dispenses with the blow-by-blow action and the pleasantries of answering the phone, keeping the story rolling.