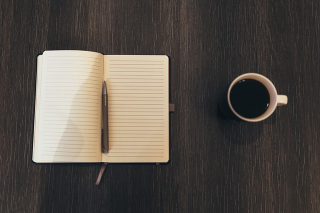 most popular genres today is the coming-of-age story. Tales in this genre focus on the protagonist’s psychological and moral growth from youth to adulthood. This can run the gamut from a young adult novel about teenagers to literary novels in which children, teens and even young adults star as protagonists. Such novels also are referred to as bildungsroman, a German German word meaning “novel of formation, education, culture.”

Among the many famous coming of age novels are “The Telemachy” in Homer's “Odyssey,” “Candide” by Voltaire, “A Portrait of the Artist as a Young Man” by James Joyce, “Catcher in the Rye,” by J. D. Salinger, “The Bell Jar” by Sylvia Plath, “A Day No Pigs Would Die,” by Robert Newton Peck, and “The Yearling” by Marjorie Kinnan Rawlings.

The typical coming-of-age story follows a definite character arc. It usually begins with the protagonist suffering some emotional loss that compels him to go on a journey in search of answers to life’s questions. As the protagonist lacks maturity, finding these answers comes with great difficulty. Handling each obstacle, however, gradually contributes to his maturation. While these conflcits typiclaly are against society (or elements of it), the major conflict is within, for to truly mature, the protagonist must change his own perspectives about what the answer to his question will be. In the book’s climax, he utilizes all of the lessons previously learned and changes his perspective so that he has his answer.

There are several subgenres of the coming-of-age novel. Among them are:
• Entwicklungsroman (English translation: “development novel”) – focuses on the protagonist’s general growth rather than educating himself
• Erziehungsroman (“education novel”) – examines the protagonist’s training or formal schooling as maturing
• Künstlerroman (“artist novel”) – describes how as an artist develops so his self also grows