How to create a memorable protagonist 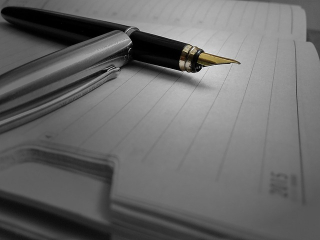 to writing a good story is to create a memorable protagonist. After all, usually the most relatable element of a book for readers are the characters. Readers will see something in the protagonist that matches who they are or who they wish to be. Indeed, years after forgetting the story’s plot and its message, readers will remember the characters and their best lines.

At the very least, in the here and now a memorable protagonist will keep readers engaged in the story and turning pages.

So what makes a character memorable? A quick survey of the most famous protagonists finds that many of them share similar traits:
• Problem solver – Memorable main characters don’t just sit around spouting witty one-liners. They actually get off their duff and take action. They solve the problem that set the story in motion. They let the minor characters be the chair jockeys.
• Surprises – Rather than do everything by the book, a memorable protagonist is willing to surprise readers by doing the unexpected. These wild acts need to be consistent with the character’s values and previous decisions. A wily character, for example, may initially go by the book but there needs to be a hint or two that he’s unconventional, such as when playing a harmless game like chess or cards with a friend.
• Internal conflict – Readers can relate to main characters who struggle over the ethics of a decision or who have inner fears that must be conquered. This makes the character more real. But just as a commander may doubt if he’s capable of leading, so to be the hero of the story he must take decisive action when necessary because of one trait he does not have qualms about, such as dutifulness.
• Striking detail – Some small item about the character – a piece of jewelry she always wears, a scar, a catch phrase – should stick in readers’ minds. This detail sets your protagonist apart from the other characters and if done correctly reveals an incredible amount of information about his or her personality.
• Walks out of step in his world – Interesting protagonists may hold positions of power because of their superior talents and skills, but they almost always are out of step with it. They are too young or too old, they disagree and frequently bend the policies, they find themselves unable to connect with those who fit nicely into it. This creates a layer of tension between the protagonist and those he works or deals with.
• Feels passion – In real life, we experience a variety of emotions every day. Your character also should show a range of emotions throughout the story to make him three-dimensional. Perhaps most importantly among those emotions is that the character should feel passion for some value or person, for example believing that those unable to protect themselves should be protected by those who can or a captain who loves his ship as if it were the woman of his dreams. This passion drives his decision-making.
• Possesses a past – Though you would almost never tell a character’s backstory, your character should have one. Other characters in the story should know this backstory and perhaps even will mention it in passing to help give readers a sense of the protagonist’s personality. For example, a secondary character might say, “I’ll never forget the time he passed that guy to win the L.A. Triathlon – on a hill no less!” to show that he never gives up. You don’t need to say anything more about the race; in fact, to do so slows the story but providing information that doesn’t help to move the story forward.
• Lives a life beyond the story – Give details that infer the protagonist’s personality but don’t necessarily lead us to resolving the story’s central problem. For example, the type of food the protagonist eats or the decor he selects for his room shows a lot about him. A willingness to try something he’s never tasted before suggests he’s adventurous. So also might an expensive wooden model of a sailboat as well as sailing pictures. That he enjoyed the canh chua and that a sailboat is never used to capture the villain is immaterial; the point is that the details tell us something about the character’s personality that is vital if he is to resolve the story’s central problem.

When developing a character, these seven qualities are much more significant than his favorite color, eye color, childhood pet, highest degree or any of the other usually trivial features. Don’t spend time focusing on the unimportant when what your story most needs – and your readers most desire – are his values, internal conflicts and passions.