Writing Affirmation: Good writing is a conversation that needed to take place 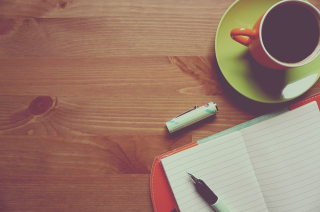 people’s positions are so entrenched that discussion is impossible. That doesn’t mean a dialogue about such topics doesn’t need to take place. In fact, quite the opposite – it probably should take place…and sooner rather than later.

A book is the prefect way to start such a conversation. Good writing speaks in a powerful way to people, offering allegories or a morality play simmering below the plot’s surface, allowing readers to think in new ways about the world. Good writing, if a novel, tests our values in an evocative way, by delivering characters we can relate to, intriguing plots that form the stage for our protagonist to act upon, and imagery that resonates.

Many great books have started conversations before. Rachel Carson’s “Silent Spring” arguably marks the beginning of the environmental movement. George Orwell’s “1984” raised the question of how modern governments use technology and propaganda to control populations and is still relevant today. Elisabeth Kübler-Ross’s “On Death and Dying” got people talking about death and how we grieve when someone passes. Harriet Beecher Stowe fueled the still abolitionist movement with “Uncle Tom’s Cabin.”

Unfortunately, not everyone wanted to talk about those topics when those books came out. Many – especially those who benefited from a suppressed conversation – decried those titles and many, many others as overreactions, lies, or dangerously subversive.

Whenever a book receives that kind of reaction, there probably are many other people who’ve already thought at least some of what the author examines. Lack of knowledge about a subject, however, might have kept them from speaking up. Or maybe they hadn’t fully run the subject through a thought experiment as the author’s novel did. Possibly, darkest of all, they were simply too afraid to speak out.

Or perhaps they’d never even thought about it all.

So, if you’re a writer with an important topic on your mind, what are you waiting for? Pour two cups of coffee or tea, set them at opposite ends of the table and get to typing. After all, in every conversation someone has to start speaking.