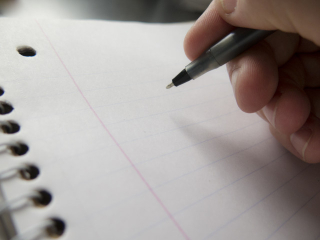 the challenge with most people who like to read is that they read a lot. They’ve seen all kinds of plots, protagonists, villains and settings. Worse, even if they prefer specific genres, they don’t want to re-read a story, especially when they pick one up that claims to be original.

I cheekily say “worse” because the quickest way for an author to turn off a reader is to use a cliché opening. These are opening sentences or paragraphs that already have been done by other writers. Though you may think the opening was a clever idea (and it was, as another writer who published a story thought so, too), it becomes more unoriginal with each use.

Some common examples of cliché openings include:
• Blank page – The main character is staring at a blank page of paper, a blank computer screen, or a wall painted in one color.
• Dream – The extremely well-written (usually action-packed or quite lyrical) opening scene turns out to be a dream, from which the protagonist awakens (which also is a cliché, so this is a two-for-one rip-off).
• Funeral – The protagonist is at a funeral or wake, usually recalling the person who has died or trying to figure out why they did.
• “If only I’d…” – The story’s hero or narrator then fills us in on what he should have done ow why he’s now in so much trouble.
• Mirror, mirror on the wall – The hero describes himself while looking in a mirror, usually pointing out physical flaws.
• “My name is…” – The protagonist gives readers a personal introduction.
• Travel update – The main character is en route while in a car, train or plane and recalling where he’s been and where he’s going.
• Waking up – The story’s protagonist awakens, usually to an alarm clock going off.
• Weather report – A lengthy description of the weather is given to set the story’s tone.

If you find yourself using any one of these cliché openings, consider rewriting it. Of course, you might possibly have devised some unique twist on these openings, but, honestly, the odds are against it.