Use plot coupon to drive your story forward 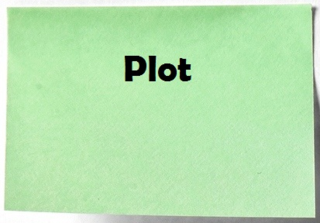 tried and true devices you can use for moving a story forward is a plot coupon.

A plot coupon is something a character must obtain that later can be “cashed in” to resolve the overarching conflict so that the story may end. For example, in the ancient Greek myth Jason and the Argonauts, our hero and his valiant crew go in search fo the Golden Fleece, which once obtained will allow Jason to take his rightful place as king. The overarching conflict that began the story is that Jason must gain his rightful place on the throne, and the Golden Fleece is the plot coupon that allows him to achieve this goal. Once he is king, the story is over.

A plot coupon is a common TV trope. British classical scholar and film critic Nick Lowe coined the term plot coupon during the 1980s. The Turkey City Lexicon later popularized it. Plot coupons also are frequently found in video games, where the obtaining of items – keys, orbs, etc. – to win the game is called a Fetch Quest.

The use of a plot coupon can be elevated above a device used in pure action-adventure stories. To do so, the coupon must be symbolic of some concept; the Golden Fleece, for example, represents authority and leadership. Obtaining it means Jason must learn lessons along the way about how to be a leader. In such tales, the main character grows as a person so that he is worthy of possessing the plot coupon. Only when he becomes worthy can the conflict then be resolved and the story end.

A plot coupon is similar to a MacGuffin, an object used in stories to trigger a plot. The nature of the MacGufin or even what it might be is irrelevant; the point of including a MacGuffin is merely to serve as an object that the protagnoist and various antagonists seek so that they come into conflict with one another. While a plot coupon can be a MacGuffin, in the hands of a gifted storyteller, it can be much more than that.