Home Archives Profile
How to improve quality, sales of your next book
Make a difference in your writing for the better

How to make your press release newsworthy 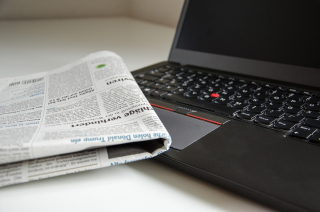 media will ignore your release because they deem it as less news than an advertisement for your product. Indeed, an announcement that your book will be released or that it has been released usually won’t cut it.

When writing your press release about your book, you need to identify a “news peg,” that is, establish what makes your story newsworthy. There are a lot of different approaches you can take with the press release to ensure it has a news peg:
• Local connection – Media want to hear about what’s happening to people in their circulation or broadcast area. Emphasize your residency there or another connection, such being a graduate of a local high school or college. Or perhaps the book highlights local people, places or the history.
• Upcoming event – Rather than announce your book has been released, instead focus on an event, such as a bookstore hosting your reading of your newly released book. The event should occur within the media’s circulation or broadcast area, of course.
• Unique and interesting story – A story that will get readers talking at the water cooler always is welcomed, so long as it has a local connection. For example, if you wrote a book about homelessness and spent a week living moneyless on the street as part of the research, you’ll garner some attention from the press, especially in the city where you were “homeless” for a week.
• Ties into the season – Look for a way that your book connects to a particular time of the year when interest in specific topics is high. For example, golfing guidebooks will be popular in spring once courses reopen across the North, a Christmas-oriented novel will go over well in December, a Revolutionary War history book will grab attention at the Fourth of July, etc. Again, a local connection strengthens your appeal.

As each media has a slightly different circulation or broadcast area, you may need to tailor your press release to each outlet. For example, if you wrote a book about kayaking routes in the Upper Midwest, your press release sent to Minneapolis media should emphasize those routes in Minnesota while those sent to Chicago media would emphasize Illinois, northwest Indiana, and southeast Wisconsin.

Finally, don’t mention that your book is self-published. Newsrooms are conservative in nature and still view the old way of publishing with editors as information gatekeepers to be the “proper” way of publishing (since that’s how they still operate) and so many will dismiss your book with a “Wasn’t good enough to get a publisher to print it, eh?” They don’t need to know that “Rushing River Press, Purveyors of Fine Kayaking Guidebooks” is your own company, and frankly most readers wouldn’t care either way.