How to make characters three-dimensional 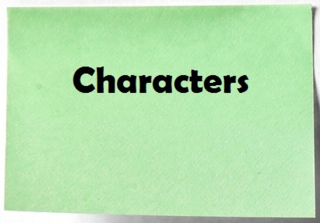 readers generally demand that your stories contain three-dimensional characters, that is, a protagonist who behaves like a real person and who probably grows by learning something along the way. But how do you create such a character? A three-dimensional, or round, character would do the following:

Express multiple emotions
In our daily lives, we rarely express a lone emotion all day or react to all things with the same single feeling. We are cheerful, we are frustrated, we are pleased, we are angry, we are lustful, we are bored. In fact, whenever a person constantly displays only one emotion – sadness or anger, for example – we tend to worry that there is something wrong with him. Except for the most dire of circumstances, such as to show a character has sunk into deep depression, always have a character express a number of emotions, as the plot permits.

Struggle with conflicting emotions
Most of us find ourselves doing what we think is best though we don’t feel like doing it or vacillating between thoughts as our feelings play tug of war inside us: we want to tell off someone but know we need to bite our tongue; we don’t want to attend our loudmouth neighbor’s party but know his good-natured wife will be offended if we don’t. Have your main character grapple with his emotions as well.

Possess flaws
No one is perfect, except for hackneyed story characters. Allow them to make mistakes, to have weaknesses and fears. If they don’t have a flaw, they risk becoming a comic book-like caricature. Make their flaws integral to the plot so that it stands out.

Display some unique quirk
Each of us has some habit or subtle tic that sets us apart from others – biting one’s fingernails when nervous, twirling one’s hair when uncertain, winking at others when feeling happy. Your main character also should have some quirk that is uniquely his, that can come to be associated with him.