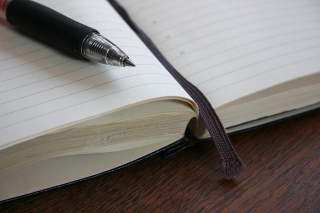 of a standard plot (inciting incident-rising action-climax-falling action-denouement) exist in storytelling. One you might use is called a plot inversion. This type of story generally tells readers the outcome of the plot before the action leading to it is presented.

For example, a story might begin with a church confession from a serial killer after his last intended victim escaped. The killer knows he’s about to be captured and so seeks forgiveness, rendered to him by a priest. Such a story opener naturally would raise in the reader’s mind questions of how the young woman escaped and why the serial killer would think he was worthy of forgiveness, so the rest of the tale focuses on answering those questions.

Such a technique is particularly useful in whodunit mysteries, no matter the genre (for example, a murder mystery done in a typical science fiction setting), and in character examinations of psychopaths, a common theme of horror novels.

Usually in a story, the reader firsts learn what is at stake and then sees the action. For example, a standard plot structure would involve the woman being kidnapped with the reader uncertain if she will survive. Or it might be told from the serial killer’s viewpoint in which he kidnaps the woman to commit “the perfect murder” so that the reader wonders if this madman will succeed.

Arguably, a plot inversion is not quite as suspenseful as a standard plot because the reader knows how the story will end right from the start. Generally, unless the story is read as a puzzle to be solved (which is the case of most mysteries and detective stories) or an examination of insanity and those who suffer from it (which can lead to some pithy observations and metaphors for the flaws of “sane” society), a plot inversion runs the risk of being gimmicky.