Build audience for your book before its release 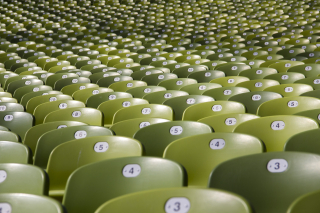 successful marketing begins long before you actually publish your first book. This should be done to build an audience for your book, so once it’s released you have some potential readers and buyers who can give it traction on a bestsellers chart at Amazon.com and who can potentially write some reviews of it. After you’ve sent off the manuscript to be edited or formatted, use the down time to develop this promotional material.

Begin with a blog. This is your “headquarters” from which you make forays into other social media. It also provides a place for other Internet travelers interested in your book topic to stop at. Make the blog not about your book but about your book’s topic. So, if you wrote a novel about a Beatles fan, make the blog about the Beatles. If you wrote a nonfiction book about the history of SETI (the Search for Extraterrestrial Life), make the blog about the broader topic of astrobiology. Aim to write 2-3 blog entries a week, always published at the same day and time each week.

After you’ve written a few blog entries, start working with other social media. Generally, the big social media players that you’ll want to eventually use include Twitter, Goodreads, LinkedIn, Facebook, Google+, Pinterest and Instagram. Don’t overwhelm yourself by doing all of them. Instead select the one that best matches what your book will be about. If you wrote a novel, for example, do Goodreads first. If you wrote a book about running or leading a business, go with LinkedIn. If you wrote a travel guidebook, opt for Pinterest or Instagram.

Suppose you go with Twitter first. Once you’ve set up your Twitter page, tweet your blog entries, retweet other people’s tweets that relate to your book’s topic, and (most importantly) follow those people whose tweets you’ve retweeted. By doing this, you’ll soon see your list of followers as well as visitors to your blog grow. Spend just five minutes a day doing this.

After a couple of weeks, add another social media site to your repertoire. Follow the same process as you did with Twitter – post entries about your blog, repost others’ posts, and follow or friend those people you’ve reposted. If Goodreads wasn’t your first social media selection to try, I’d recommend making it No. 2; if Goodreads was No. 1, go with Twitter here. Again, limit yourself to just five minutes a day.

In a couple of weeks after that, expand to a new social media site, and keep repeating this process until you’re using all of the social media that you think will work for you.

When the book is released, you should seriously consider simultaneously launching a website, which tells about you the book, about you the author, has links to all of your social media sites (readers have their favorites) including your blog, and perhaps add an excerpt from your book or an interviews with you the author. There’s no need to create a website that tells about a book that hasn’t been released, though you’ll want to develop it in advance of that date.

Once the book is out, then you can go on the next step of sending press releases to traditional media and other bloggers, as well as setting up book readings/signings. Again, you’ll want to create those materials before the release date, but they don’t go out to the public until you’ve released the book.