Home Archives Profile
Consider using The Journey for a mythic plot
An error for many years: Supercede vs. supersede 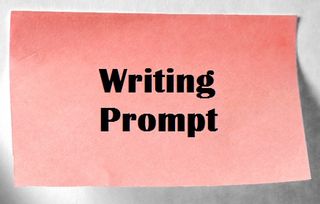 Man vs. nature
Your main character is hired to capture some creature – a dangerous escaped animal, a monster of some sort, a beast on an alien planet. How does the main character go about capturing this creature? Elevate the power of this story by having the main character discover something about the creature that leads him to believe it should not be captured.

Man vs. man
The main character is hired to capture someone – a man wanted for a crime, an escaped convict, someone who holds a dark secret. How does our main character go about finding this person? What lessons about himself does the main character learn as he fails through the story’s rising action to capture the person?

Man vs. society
Turn the man vs. man conflict around: What if your main character is wanted by law enforcement or an intelligence agency? How does he avoid being caught by that organization? What does he learn about himself as the organization closes on his capture?

Man vs. himself
What if your main character, whose job is to track down someone, uncovers clues about the hunted that leads him to doubt his assignment? Focus on his internal struggle to rectify his assignment against his morals and the truth.