Consider using The Journey for a mythic plot 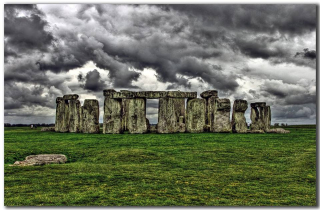 most common plot forms in modern fantasy and science fiction novels is the mythic structure. Often called a quest, in the mythic structure the protagonist undertakes an expedition that carries some moral significance or deeper meaning. Typically our hero seeks some definitive object, which usually is symbolic of some abstract moral ideal; this object sometimes is referred to as a grail, a treasure or an elixir and in modern stories often is called a grail substitute.

The prototype quest is Homer’s “Odyssey”; indeed, most ancient Greek hero myths follow this structure. It often can be found in many other historical epic works, though, particularly the King Arthur tales. Today, “The Lord of the Rings” and “Star Wars: A New Hope” closely follow this structure.

Joseph Campbell has outlined 12 steps in such mythic stories; he calls this process The Journey. Anyone planning to write a quest story would do well to read Campbell’s works. The steps include:
• Ordinary world – The hero’s mundane world is revealed
• Call to adventure – Hero is presented with a problem/challenge/adventure to undertake
• Refusal of the call – Hero refuses to accept this call or to go on the journey
• Mentor meeting – A mentor prepares hero to go on the journey (and surreptitiously to accept the call)
• Crossing the threshold – Hero commits to the adventure
• Test/allies/enemies – Hero encounters new challenges and learns the rule of the road
• Approach to the Inmost Cave – Hero at edge of dangerous place, usually villains’ lair
• Supreme Ordeal – Hero’s fortunes hit bottom, meaning he may not survive
• Reward – Hero takes possession of a treasure (e.g. elixir/grail substitute)
• Road back – Hero deals with consequences of confronting dark forces
• Resurrection – Death/darkness have one last chance to defeat hero
• Return with elixir – Hero returns with a treasure or lesson

In modern novels, these 12 steps typically are overlaid onto the standard five-part plot. The ordinary world is in the inciting incident in which we learn of the hero’s displeasure with some condition of his existence; this condition can only be corrected through possession of the grail/treasure. The call to adventure through the road back is the rising action; often the call to adventure through the crossing the threshold occur within a couple of chapters while the test/allies/enemies is lengthened to be the bulk of the book consisting of several smaller scenes. The resurrection actually is the climax because the hero’s defeat of death/darkness ensures his possession of the grail/treasure. The return with elixir is the falling action and denouement, though in a mythic structure it can be a bit longer than in the standard novel.