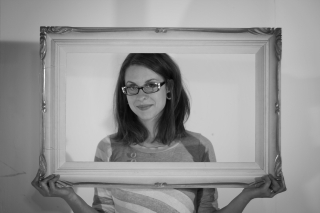 when plotting a novel, rather than jumping right into the action you may want to use a frame story to set up the main tale.

A frame story – also referred to as a frame tale or a frame narrative – is a story-telling technique in which boundaries are placed around the main story being told. For example, in the classic “One Thousand and One Nights,” the character Scheherazade narrates a set of stories to Sultan Shahriyar every night for nearly three years. The fairy tales told are done so in context of Scheherazade’s and the Sultan’s interactions each evening.

Today, the frame story generally is considered archaic. An elaborate story setup simply isn’t necessary for readers familiar with storytelling conventions via constant reading in school and the pervasiveness of television and motion pictures. In addition, often the frame amounts to exposition; the main story alone should be suspenseful enough to grab the reader’s attention. Finally, a frame story runs the risk of creating an intrusive narrator. Even after the opening frame ends at the story’s beginning, the narrator’s presence is still implicit.; in any case, after the main story has concluded, a closing frame must be included, and usually that part consists mainly of exposition.

Still, the frame story can be useful in modern storytelling in a couple of different ways. First, it can help set the reader’s disposition toward the main story, which is useful when the narrator is unreliable. Most modern readers automatically assume the narrator is honest and likable, but a frame story can help cast doubt on that. Secondly, a frame story can be used in novels to link disparate short stories together into a larger work. This is particularly effective when the story’s theme is paramount, such as in science fiction’s future histories. Ray Bradbury in “The Martian Chronicles,” for example, writes about the hope that comes with the colonization of Mars, the conflict between aboriginal Martians and the colonizing Earthmen, and the near extinction of two species in tales that span half of a century.

Professional Book Editor: Having your novel, short story or nonfiction manuscript proofread or edited before submitting it can prove invaluable. In an economic climate where you face heavy competition, your writing needs a second eye to give you the edge. Whether you come from a big city like Orlando, Florida, or a small town like Beer Bottle Crossing, Idaho, I can provide that second eye.