Home Archives Profile
Writing Inspiration: Finding time to write, Part III
How to create an interesting villain for your story 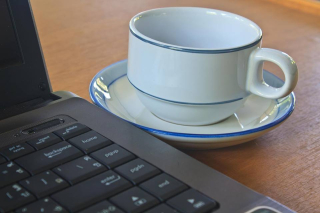 world is made up of little confederacies, each looking upon its own members as the lights of the universe; and considering all others as mere transient meteors, doomed to soon fall and be forgotten, while its own luminaries are to shine steadily into immortality.” - Washington Irving

“The dubious privilege of a freelance writer is he's given the freedom to starve anywhere.” - SJ Perelman

“I think it's a shame that something as creative and vital to the nature of the human species as story-telling is largely controlled by the soulless cretins known as publishers.” - Piers Anthony

“The writer has a body, which includes a stomach. Writers too must eat. You can have money of your own; you can marry money; you can attract a patron – whether a king, a duke, or an arts board; you can have a day job; or you can sell to the market.” - Margaret Atwood

Need an editor? Having your book, business document or academic paper proofread or edited before submitting it can prove invaluable. In an economic climate where you face heavy competition, your writing needs a second eye to give you the edge. Whether you come from a big city like Hampton Roads, Virginia, or a small town like Crappo, Maryland, I can provide that second eye.