Use care when naming places in your story 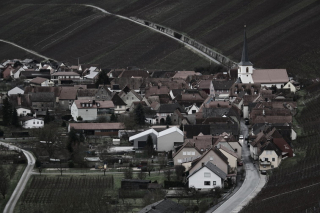 a setting for your story, always pay special attention to what you name those places. After all, naming places that your characters inhabit and visit help readers keep track of where the character is. But more so than that, names of places help form a story’s tone. The name of a place implies something about its history, and especially in fiction about what the place is like now.

When selecting a name for a place – whether it be a town, a county, a street, neighborhood, geographical feature, or building – follow a couple of simple guidelines. First, names should be familiar enough to be understood but not so unusual as to be distracting. A common enough problem with real places is that they have unpronounceable names, and you probably don’t want that to be an issue in your story. Secondly, don’t use place names similar to your characters’ names. For example, if your main characters’ last name is Bostwick, don’t set the story in Boston or use other place names that begin with the letter B. This only runs the risk of confusing readers.

If actual places are used in your story, always be accurate in your presentation of them. Readers should be able to drive to major landmarks and on major streets that you mention at those locations, so that the story provides an air of authenticity. If you write that I-43 heads through Phoenix, Arizona, readers who live there or have been to Phoenix for any length of time will know that’s inaccurate and find it a distraction. Readers familiar with the area, however, will delight in seeing the location accurately described.

Should you need to make up a name for a place, there are a number of strategies you might use. With examples of actual city/county names, these approaches include:
g Historical figures – Sometimes a place is named after a settler, military leader, Indian chief, or president. Examples include Austin (for Stephen F. Austin), Houston (for Sam Houston), and Washington (for George Washington).
g Geography/geology – Often communities are named after a prominent, nearby feature on the landscape, such as Detroit (for the strait in Lake Erie), Sacramento (after the Sacramento River), and Salt Lake City (Great Salt Lake).
g Flora/fauna – Likewise, communities frequently are named after a plant or animal that dominates an area, like Hickory (in North Carolina) or Albatross (in Missouri).
g Beloved individuals – Many places are named after beloved wives and daughters or for religious figures; for example, San Francisco (for Saint Francis), Atlanta (daughter of a railroad magnate), and San Diego (for Saint James).
g Economic mainstay – If a town was founded to exploit some resource or was a center of some industry, it might be named for the mineral, product or service there, such as Orange County (in California) or Portland (in Oregon).
g European place names – Settlers sometimes named their community after the place they came from in Europe or on the East Coast, like New York City, New Orleans, and New Haven.
g Natives’ names – Often European settlers used Anglicized versions of the natives’ name for an area, as was the case with Chicago (the Miami-Illinois word for “wild onion”), Miami (the Calusa word for “big water”), and Tampa (the Calusa word for “place to gather sticks”).

When selecting a place name, incorporate it into the backstory of your fictional place. Ask how the town came to be given that name. In addition, think about the meaning of the place’s name and see if it can be used as a symbol your story. For example, “Guthrie” is an English surname meaning “windy place”; perhaps in your story, the wind plays an important role in establishing the feel of a place or as a symbol in the story, making “Guthrie” a good name for a town or county.