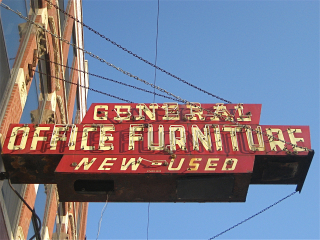 the most common mistakes novice genre writers make is failing to be creative enough with their new universe. Many have developed a great plot and intriguing characters, but their setting is uninteresting – despite that they’ve taken great pains to describe the landscape and appeal to multiple senses.

The problem is that haven’t really created a unique universe. Instead, they’ve set the story in an all ready established universe have merely changed the names to give it semblance of originality. After all, how many science fiction stories boast a spacecraft armed with quantum torpedoes and that represents a great interstellar alliance that is exploring the galaxy? The crew is largely human, except the alien first officer, who hails from Alpha Centauri. If the universe sounds like the USS Enterprise of “Star Trek” fame, it is, albeit with a couple of not so subtle variations.

When writers set a story in another author’s universe – whether it be science fiction, a western, or a mystery sent in a cozy cottage town – and then changes the names to conceal it, they are guilty of using used furniture. It’s a term from screenwriting in which furniture and props from other productions are reused in a new episode or show.

Readers generally feel cheated when a writer borrows another universe, especially in the science fiction genre. Think of it this way: Science fiction can take the reader to utterly new worlds and vistas; it’s one of the appeals to readers of the genre. Reading a story set a universe one has already experienced often is like getting the same meal for dinner that you had for lunch. Sometimes a sequel works, but more often than not it’s a lot like eating leftovers.

Need an editor? Having your book, business document or academic paper proofread or edited before submitting it can prove invaluable. In an economic climate where you face heavy competition, your writing needs a second eye to give you the edge. Whether you come from a big city like Tucson, Arizona, or a small town like Zap, North Dakota, I can provide that second eye.