How formal should be your novel’s voice? 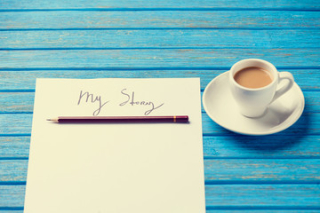 if most of an author’s writing is for schoolwork or the business world, sometimes he’ll utilize a formal style when penning a novel or an essay. This formal approach isn’t always the best one to take, however, for their non-academic and non-business writing.

The degree of formality an author should use when writing largely is determined by his audience and their expectations. Given this, authors need to readjust their voice – which include diction (word choice, sentence structure), narrative drive (pacing), and color (descriptive details) – when writing.

Formality is a scale. Three general levels of formality, sometimes called language registers, include:
g Formal – This is professional, standard English. It is used in academic papers, cover letters, and job applications.
g Semi-formal – Though also making use of Standard English, a semi-formal voice typically is friendlier. It sometimes is referred to as social language, or a voice that is used when trying to establish yourself as a member of a community. This often is used in magazine articles, advertisements, or in situations in which the author is familiar with audience members who would otherwise require a formal style.
g Informal – In this voice, you are not worried about grammar as the conversation is casual, sometimes intimate, and typically colloquial (the language of everyday speech). An informal voice is used in a letter to a friend or a text message.

Switching our written voice to a semi-formal or informal one is not always easy for authors, who typically excelled in language arts classes where they were taught to write in a formal style. Still, gauging which voice is important in helping to select the best mode of language to most successfully express an idea.

What is the best language register to use in a novel or short story? This depends on the effect the author wishes to achieve, which usually is achieved via the narrator’s personality. In most cases, a semi-formal approach, as F. Scott Fitzgerald uses via Nick Carraway in “The Great Gatsby,” will do; the grammar is correct (and so easy to read), and the narrator speaks to readers as if they are acquaintances. In others, such as Mark Twain’s “The Adventures of Huckleberry Finn,” only an informal style could work, as the novel is narrated by an illiterate boy.

Need an editor? Having your book, business document or academic paper proofread or edited before submitting it can prove invaluable. In an economic climate where you face heavy competition, your writing needs a second eye to give you the edge. Whether you come from a big city like Louisville, Kentucky, or a small town like Lodge Pole, Montana, I can provide that second eye.