Home Archives Profile
Five Quotations about Writing as Self-Discovery
How formal should be your novel’s voice?

Don’t underserve a character in story 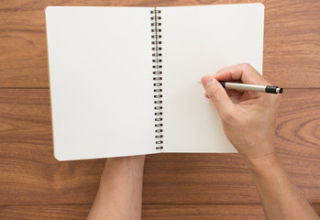 challenges of penning a novel or short story is to ensure that a character is used just the right amount in a story. When an author keeps a character from being involved too much in the story’s plot, the character is often said to be underserved.

For example, if one of the characters in a story about a family of four was fairly flat or undeveloped, that character would be underserved. Perhaps more about the characters’ motivations and personality or possibly more about his conflict with other three needs to be added.

You’ll often find examples of underserved characters in television series. Acting contracts that demand a certain number of speaking lines per episode and the time constraints imposed by commercials can periodically force various character to appear less than they should to further the storyline.

By underserving, authors undercut the drama. If the story deals with a family of four, then each of the four characters probably should have conflicts with the other three. If one character lacks any conflicts, however, the section of the story dealing with him likely will not move along the story’s plot.

Usually authors underserve peripheral characters, especially those that the writer has little sympathy for. This lack of sympathy prevents the author from fully exploring and acknowledging the value of the character’s needs and motivations.

Need an editor? Having your book, business document or academic paper proofread or edited before submitting it can prove invaluable. In an economic climate where you face heavy competition, your writing needs a second eye to give you the edge. Whether you come from a big city like Oklahoma City, or a small town like Peculiar, Missouri, I can provide that second eye.