Home Archives Profile
How formal should be your novel’s voice?
What are ‘The Big Six’ book publishers? 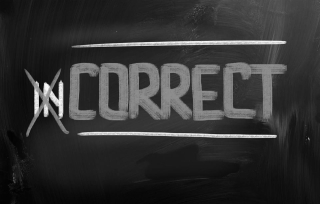 words can serve as both proper and common nouns. You’ll recall from the drones of your middle school English teacher that proper nouns are those that need to be capitalized, like city names (Denver, Atlanta, Miami) and states (Colorado, Georgia, Florida), while common nouns refer to everyday items (mountains, peaches, nightclubs). One place this gets tricky is when using common nouns that refer to people, such as mom, dad, mama, pops, grandma and grandpa.

The simple rule is to just capitalize them in dialogue when the character directly speaks to that person (which is a noun of direct address). Otherwise, they're lowercase.
RIGHT: I'll ask dad for the car keys.
WRONG (in more ways than one): If Dad won't give them to me, I'll ask Mom.
RIGHT: "Hey Dad, see you later,” Stan said, “can I have the car keys, please?"

The rule follows the principle that in dialogue you’re using a common noun as a name, which is a proper noun. In other words, if you’re asking for the car keys, show some deference to authority.

Need an editor? Having your book, business document or academic paper proofread or edited before submitting it can prove invaluable. In an economic climate where you face heavy competition, your writing needs a second eye to give you the edge. Whether you hail from a big city like Philadelphia or a small town like Pittsburgh, New Hampshire, I can provide that second eye.