Home Archives Profile
Questions to ask yourself when plotting a story
Clean it up: Shakeout vs. shake out vs. shake-out

Use sensory details rather than internalized ones 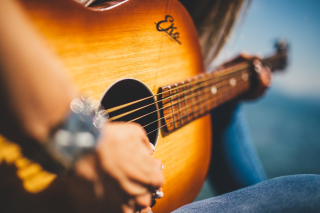 to make your writing more vivid is to use sensory details rather than internalized ones. Sensory details (blue, sour, loud, smooth) are specific rather than general. Internalized details (angry, pleased, innocent, civilized) amount to using fuzzy words and give no real impression of what is being described.

Peter’s memories of his mother were vague. He closed his eyes, thought of her, but the memories were too few to ever last long.

Now consider the same passage rewritten to use sensory details:

Peter’s memories of his mother were vague, amorphous as melted candlewax. He closed his eyes, recalled her swiping at the cutting board with a knife, alternately rhapsodic and swinging chop bouncing through the house, of her combing her hair straight, of her smiling broadly, but there was little more.

Most readers prefer the passage that relies on sensory details. That is because it is tangible; the details in it are something the reader literally could see, hear, smell, touch or taste. In contrast, the passage relying on internalized details give the reader only a vague sense of what is occurring. The difference is one feels real (the one using sensory details) while the other reads like a dry, facts-only-ma’am report of what occurred (That’s the one using internalized details, btw.). The reader more easily falls into the fictional dream when sensory rather than internalized details are provided.

Need an editor? Having your book, business document or academic paper proofread or edited before submitting it can prove invaluable. In an economic climate where you face heavy competition, your writing needs a second eye to give you the edge. Whether you come from a big city like Milwaukee, Wisconsin, or a small town like Dry Prong, Louisiana, I can provide that second eye.