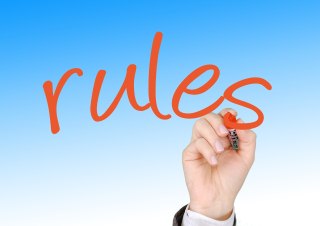 Tell the story in present tense

As a writer, you’ve probably heard these and a thousand other “rules” about writing. As an editor, I’ve certainly advised them a well. So why doesn’t someone just a print a book of the “rules of writing” and make life easy for would-be writers?

That’s because they’re really not rules at all. They are guidelines, though – and arguably good ones to follow.

These guidelines really are only applicable today because they’re the current trend in modern literature, and then primarily in English-speaking countries. Charles Dickens and the other greats of 18th century literature certainly broke most of the rules...mainly because they followed a different set of rules/guidelines of what constituted good literature.

Indeed, as the culture changes so does the art that reflects and expresses it. For example, I’m seeing an increasing number of novels from my clients written in present tense, which I attribute to the popularity of stories told on television and motion pictures, which like theater productions tell stories in present rather than past tense.

In addition, the story you want to tell really needs to dictate how it is told. Because of this, many rules are broken in extremely well-told novels and shorts. Linear, chronological plotting? Toss that idea out if you’re writing magic realism, such as Gabriel García Márquez’s “One Hundred Years of Solitude.” Show don’t tell? Follow that advice too strictly, and there goes most of the prologues to such great science fiction novels as Isaac Asimov’s “Foundation” and Frank Herbert’s “Dune.”

Still, this doesn’t mean the guidelines (er, “rules”) should be ignored. The majority of literary and genre works still follow them, and current 21st century readers generally respond well to works in which the rules (er, “guidelines”) are followed. If you are going to break the rules/guidelines, you should do so for good reason – and it shouldn’t distract from your story.

Need an editor? Having your book, business document or academic paper proofread or edited before submitting it can prove invaluable. In an economic climate where you face heavy competition, your writing needs a second eye to give you the edge. Whether you live in a big city like Washington DC or a small town like Wink, Texas, I can provide that second eye.