How to make your writing more vivid 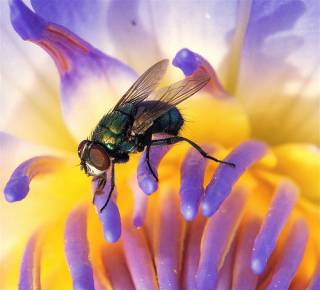 who have studied the art of writing are in accord on any one point, it is on this: the surest way to arouse and hold the attention of the reader is by being specific, definite and concrete. The greatest writers...are effective largely because they deal in particulars and report the details that matter.” – William Strunk, Jr., “The Elements of Style”

As a writer, you want your writing to be vivid. That demands giving those “specific, definite and concrete” details that makes writing come alive.

After all, consider this passage, which is flat and lacking in details:

Now compare it to this rewritten passage, which is comparatively vivid:

Spying the braised roast, I found myself salivating.

Which one read better?

Writers can deliver vivid writing in a number of ways:
• Show don’t tell – Rather than tell readers what a character feels, infer it through description. For example, don’t write Adam turned angry but instead say Adam’s hands balled into fists.
• Use active voice verbs – Let verbs do the heavy lifting for your sentence. Carol was frightened is a weak sentence because was is a weak, passive voice verb. Instead use an active voice verb that shows her fright, such as Carol shivered.
• Appeal to reader’s senses – Instead of abstractly labeling a character’s emotional state, show it through sound, smell, sight, touch or taste. Don’t say Ben was disagreeable but Ben snarled at the suggestion; now the reader can “hear” Ben’s unpleasantness.
• Select the absolutely right word – Often dull sentences contain inexact and overused words. For example, rather than say More studying will improve your grades write More studying will boost your grades.

Look back at one of your writings that you’ve considered to be lackluster. Examine it for exposition, passive voice verbs, appeals to the five senses, and word choice. Can you revise the paragraph so that it’s more vivid?

Need an editor? Having your book, business document or academic paper proofread or edited before submitting it can prove invaluable. In an economic climate where you face heavy competition, your writing needs a second eye to give you the edge. Whether you come from a big city like San Diego, California, or a small town like Eek, Arkansas, I can provide that second eye.