Home Archives Profile
Five Great Quotations about Craft of Writing
Get it right, at least on average: Data vs. datum 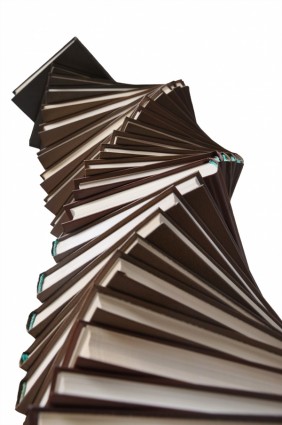 way to tell a short story is episodically. Called episodic fiction, it breaks from the traditional introduction-rising action-climax story structure by presenting an anthology of brief stories or anecdotes usually about a single character, set of characters, or place. Two popular examples of episodic fiction (though in novel form), are Thomas Pynchon’s “V” and Henry Fielding’s “The History of Tom Jones.”

Since the episodes in such fiction do not depend upon cause and effect, transitions and unity of time not as significant as in a traditional five-part plot. But as with a traditional story, episodic fiction centers on resolving some issue or conflict; it might be about the main character deciding if she should give up her baby or adoption; it might be how a group of high school friends mature (or don’t mature) following the death of a classmate; it might be about a town faces the rise and fall of its economic fortunes.

In many ways, episodic fiction is like a slide show – each slide is about the same family vacation, but each picture is its own story. In the group of classmate death story, the first “episode” or scene of the story might show how Robert learning of the death from a good friend who’s broken up over it, consoling that friend, and then suppressing his own tears so he can be strong for his friend. The next episode/scene might show Lexi accidentally stumbling across the deceased classmate’s parents clean out their child’s locker. A third episode/scene could be of Emily at the wake wishing she had expressed her appreciation of her fallen classmate when he was alive. A fourth episode/scene might be of Isaiah at the funeral, and so on.

Usually the episodes appear in chronological order, but just as a slide can be out of place in the show, a linear presentation of time doesn’t have to occur in the story – though there should be a good reason for this or the writer risks confusing the reader. In addition, each episode can vary in length. Generally the same point of view is used for each story, though from who’s perspective the story is told might change; to wit, third person limited could be used exclusively to tell the classmate death story, but the narrator would shift he perspective as the main character changes.

This story format lends itself to the use of a reoccurring image and of richness in sensory details. For example, in the classmate’s death story, perhaps the deceased student had curly hair. The image of the curl could repeat in various episode; maybe Emily twirls her own hair as she looks down at her deceased classmate’s framed picture atop the casket.

In any case, by story’s end, the message of the story should be apparent. In the classmate’s death story, the theme might be that “People should express their emotions/feelings more.” As the characters all pour out (or fail to present) their emotions in the story, this “lesson” is inferred. In contrast, presenting such a lesson in a traditional story format might come off as a trite “You see, Timmy” tale.

Need an editor? Having your book, business document or academic paper proofread or edited before submitting it can prove invaluable. In an economic climate where you face heavy competition, your writing needs a second eye to give you the edge. Whether you come from a big city like Boston, Massachusetts, or a small town like Boston, Georgia, I can provide that second eye.