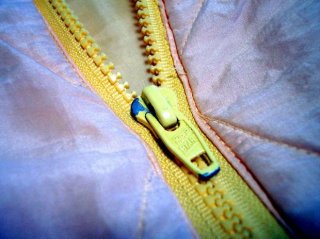 follow a lone main character through every chapter of a short story or novel, your tale might follow the experiences of two main characters or of two groups of principal characters that alternate. This is called a zipper story.

The zipper story – a term coined by Cambridge Science Fiction Workshop’s David Smith – includes two (or more) strands, with one usually as a subplot, that occur in turn with one another. Sometimes the strands appear to have nothing in common, but with each new scene, their relationship becomes more apparent until they connect in some way at the story’s climax. A good example of this Fredrick Pohl’s novel “Gateway” or any of several fantasy epic novels in which the principal characters are split into two groups and solving different issues thematically connected to the story’s central problem.

Each strand follows a five-part story structure with their intersection at the climax. Because of this, suspense can be maximized in a story by having a series of cliffhangers that the author doesn’t return to for another chapter. For example, if a dragon corners one group of our heroes at the end of a chapter, the next chapter will pick up with the other group overcoming its last cliffhanger. The chapter after that will return to our first group of heroes and show how they escape the dragon.

A twist on this is that the subplot is an analogy for the main storyline with the intersection at the story’s conclusion. Many episodes of “Star Trek: The Next Generation” aptly do this.

Typically a zipper story is told in third-person omniscient. This prevents the jarring switch in point of view that occurs if alternating between two first-person narrations, though good writers have aptly used both techniques.

Need an editor? Having your book, business document or academic paper proofread or edited before submitting it can prove invaluable. In an economic climate where you face heavy competition, your writing needs a second eye to give you the edge. Whether you come from a big city like Sacramento, California, or a small town like Intercourse, Pennsylvania, I can provide that second eye.