Maintain tension throughout your story 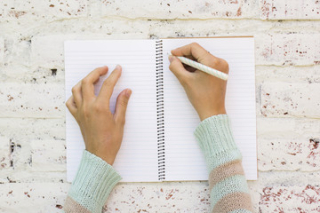 you tell by definition has a plot, characters, setting, point of view and theme. But to really make a story pop, an author has to interweave and play these elements against one another so that the story has tension.

Tension is the force behind the need to find resolution. It stems from the hook that caught the reader in the opening lines, that there’s an interesting central problem to solve. The rest of the story needs to focus on solving that problem.

Generally, the best way to create doubt is to make the problem increasingly more difficult to resolve as the story continues.

Consider the tension created in what is perhaps the best “Star Trek: The Next Generation” episode, “The Best of Both Worlds, Part I”. The show opens with attacks on a Federation outpost and ship that appears to be a Borg invasion. Great anxiety ensues as Starfleet Command hastily organizes an armada as its own leaders admit they’re not ready for the Borg. The problem worsens as the Enterprise engages the Borg, begins to lose the battle and hides in a nebula. The Borg force the Enterprise out and abduct Captain Picard, leaving the crew in the hands of Commander Riker, who is doubtful of his own leadership abilities and finds himself at odds with the Borg expert, Lt. Cmdr. Shelby. Though the Enterprise is able to temporarily halt the Borg advance, an away team sent to retrieve Picard finds that he has been transformed into a Borg. As the away team reports this to Riker, Picard – as Locutus of Borg – orders the Enterprise to surrender, saying that everything Picard knows the Borg now know and that resistance is futile. Riker orders the Enterprise to fire, or for the crew to kill its beloved, former captain.

The story constantly leaves the viewer wondering how the Enterprise/Federation will overcome the Borg invasion as the situation for our heroes grows increasingly dire. By episode’s end (which was a season cliffhanger), apparently the only way to resolve the problem is for the crew to kill the series’ main character and hero, the man they are most loyal to.

Certainly the story’s settings – aboard the Borg ship, on a world where a colony has been decimated – are intriguing. Certainly the characters – Riker’s self-doubt, Picard’s transformation into Locutus – are fascinating. Certainly the plot – repelling an alien invasion – is interesting.

But combining and playing these elements off against one another to create tension – now that’s spellbinding.

Need an editor? Having your book, business document or academic paper proofread or edited before submitting it can prove invaluable. In an economic climate where you face heavy competition, your writing needs a second eye to give you the edge. Whether you come from a big city like New York, New York, or a small town like Bantam, Connecticut, I can provide that second eye.