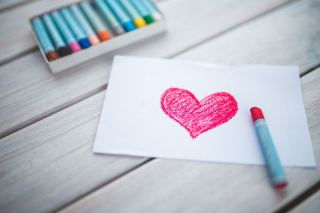 imagery can carry additional levels of meaning by being presented as figurative language. Such wording compares two items, usually by giving one symbolic meaning.

There are many kinds of figurative language, but three reign over all others, if only because they are more commonly used:
• Simile – This occurs when two objects are compared by using the word “like” or “as”: His forehead was heavily creased, like an overfolded map (The forehead creases are compared to that of an overfolded map.).
• Metaphor – Slightly more sophisticated than a simile, a metaphor makes a comparison without using “like” or “as”: Lyle drooped as Peter interrupted him again. Just like my brother, Lyle thought, always slamming a door in my face (Being made to feel unimportant is compared to having a door slammed in one’s face).
• Personification – This technique gives human traits to a nonhuman object or a concept: The flowers danced in the wind (The flowers’ movement is compared to dancing, a human activity).

Such connotations can carry great emotional weight. That’s because through figurative language a writer either infers an emotion by giving it concreteness via the comparison or by presenting an evocative image that goes beyond the word’s literal meaning. Typically, unlike things are compared, which if it’s an apt comparison, bolsters the image’s vibrancy.

Need an editor? Having your book, business document or academic paper proofread or edited before submitting it can prove invaluable. In an economic climate where you face heavy competition, your writing needs a second eye to give you the edge. Whether you come from a big city like Augusta, Georgia, or a small town like Funk, Ohio, I can provide that second eye.