Home Archives Profile
Avoid here-to-there action in storytelling
Out, error, out! Cleanup vs. clean up vs. clean-up

Add color to your fiction manuscript 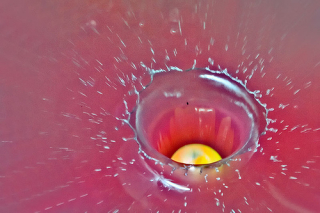 your story offers a lot of dramatic tension and the sentences are tightly constructed, it still can feel a bit monochrome or colorless. When that occurs, the writing probably is not particularly vivid. Rather than read like a piece of fiction, the story instead will feel like a work of dry journalism.

Consider this fairly colorless passage:
Kneeling before the car, Carl Steinar thought his wife appeared to be sleeping, but he knew that she’d simply lost too much blood. A tear fell from his eyes. In a single moment, every memory of their few short years with one another surfaced: the first night together; of how she loved Nebraska; of her hands as they caressed his neck; of their two boys. He stumbled back, tried to hold back the weeping.

The piece lacks several elements that could make it more vibrant:
• Descriptions – To create a sense of the world where your story occurs, you’ll want to describe the spatial setting, the time, and the characters. Not doing this is akin to watching a play without any scenery and with a sheet rather than costumes tossed over the characters.
• Imagery – Good fiction writing appeals to the readers’ various senses – sight, smell, sound, taste and touch. Since people experience the world through their five senses, including them in a story helps the reader vicariously experience the fictional world.
• Symbolism – Descriptions and imagery can carry additional levels of meaning by being presented as similes, metaphors or other figurative language. Such connotations can carry great emotional weight.

By using these techniques, the above passage could be rewritten as:
Kneeling before the car, all he could see was crimson blood. His wife appeared to be asleep, but he knew that crumpled body, jammed between the driver’s seat and projecting steering wheel, had simply lost too much vital fluid for it to be true. Then a mist of lavender netting covered her, as if she was a bride about to wake, and Carl Steinar realized he was viewing Gwen through his tears. In a single moment, every memory of their few short years with one another surfaced: the first night together; of how she loved Nebraska’s yellow sky and the wind’s glorious cry, of her soothing hands as she caressed his neck; of their two little boys. He stumbled back, lay fetal position in the middle of the road, and shaking his head desperately tried to hold back the weeping.

This version of the passage is more vibrant because it actually describes the scene. For example, the reader can better visualize the car wreck through the description of his wife’s body and of where Carl Steinar lays in the roadway. The passage also makes much better use of imagery. We have an array of colors in the scene, such as the crimson blood, Nebraska’s yellow sky, the lavender netting that is Carl’s tears. There also is an appeal to senses beyond sight, specifically touch through a description of the wife’s smooth hands caressing his neck, and of sound via the wind’s glorious cry. Finally, the passage even makes use of symbolism with the simile as if she were a bride about to wake, which emotes Carl’s feelings toward her and his sense of loss.

Need an editor? Having your book, business document or academic paper proofread or edited before submitting it can prove invaluable. In an economic climate where you face heavy competition, your writing needs a second eye to give you the edge. Whether you come from a big city like Madison, Wisconsin, or a small town like Possum Grape, Arkansas, I can provide that second eye.