How to pen engaging dialogue for your story 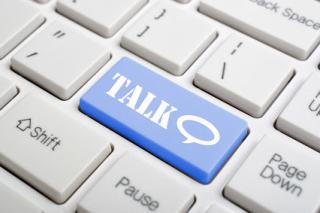 your story will include dialogue in which characters speak to one another. Unfortunately, too many beginning writers drag their story into a furrow of tedium by poorly handling dialogue. The problem is that their characters’ dialogue mirrors actual conversations too closely.

Realistic dialogue in a story isn’t a copy of how we really speak in everyday life. Our daily conversations are filled with niceties, formalities, repetition and the mundane. They often are tedious and even banal.

Writers can’t afford to waste a word of their story on such dialogue. Instead, they should keep in mind that dialogue in a story – unlike real life – always must have a conversational goal. Dialogue is a means of characterization, a way for characters to push forward their agenda vital to the plot. Characters engage in competition and verbal combat via their dialogue.

Compare the following dialogue examples. This one attempts to mimic real life conversation:

The alien raised his hands. “But what of Ala and I? It took all three of us to lure the human spacecraft to that asteroid.”

“But two of the humans died when the spacecraft crashed! I was the test subject for us; I volunteered so you would not die if it didn’t work!”

“Well then, why did you leave us there?”

“It was the jump, it made me mad, you know. I did not know what I was doing!”

“Yeah, I do. But I am powerless. You see, once human, you no longer can jump.”

“The humans sent a rescue craft. Ala was near death, so he jumped.”

The following example more succinctly indicates the characters have goals to achieve. They use their conversation to further their personal agendas:

“You know what will happen if you don’t do as I say.”

The alien raised his hand like a cat ready to strike. “Yes, Raphaelie, I can see that. You’ve got what you wanted. But what of Ala and I? It took all three of us to lure the human spacecraft to that asteroid. You will make amends for what you did.”

“But two of the humans died when the spacecraft crashed! I was the test subject for us; I volunteered so you would not die if it didn’t work!”

“Then why did you leave us there?”

“It was the jump, it made me mad. I did not know what I was doing!”

“I am powerless. Once human, you no longer can jump.”

“How?”
“The humans sent a rescue craft. Ala was near death. He jumped.”

“Because I wanted you.”

Which one was more interesting to read?

Need an editor? Having your book, business document or academic paper proofread or edited before submitting it can prove invaluable. In an economic climate where you face heavy competition, your writing needs a second eye to give you the edge. Whether you come from a big city like Bakersfield, California, or a small town like Mosquitoville, Vermont, I can provide that second eye.