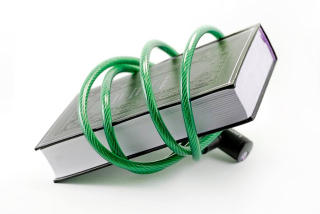 writing remains merely a hobby. If you find satisfaction in that, that’s all right. Many people enjoy sewing but don’t make clothes for a living; many people enjoy hiking but don’t become wilderness guides. A beloved pastime need not be turned into a career, and a written story or poem never need be published.

Regardless of one’s goals, though, virtually all writers want to pen something that they feel proud of. Unfortunately, writers tend to be excruciatingly self-critical of themselves – sometimes to the point that though they yearn to write they can’t bring themselves to commit words to paper or computer screen.

You probably are not afraid of writing but afraid of disappointing someone – your readers, your instructors, your family…and most likely yourself. You’ve become too judgmental of your writing and in doing so feed your fear so it has the power to control you.

Now be honest with yourself: You have no idea how others will receive your writing until you write and share it. Further, writers who are extremely judgmental of their abilities actually tend to produce quality books because they hold themselves to such a high standard! Your writing may be quite well-received.

Fortunately, there are many ways you can gather personal courage and dare to write:
• Ignore the bullies – Don’t listen to your inner voice (or others) who are critical of your writing. Allow yourself to write “poorly” realizing that you’ll only get better with each page you pen.
• Rethink why you write – Rather than write to master the craft of writing, write for the journey of self-discovery. Writing then becomes rewarding for reasons other than craftsmanship or being published.
• Start small – Rather than attempt too large of a project, such as a novel or even a short story, aim to write a lone paragraph or a single page. Don’t set yourself up for failure but work slowly and steadily toward completion of a project.
• Change the genre and style in which you write – Perhaps you’re more suited to writing in a different genre or to writing nonfiction instead of a novel. In addition, don’t force yourself to write in ways or to use techniques that you don’t agree with, even if that’s what the writing gurus say should be done.
• Write what you’re compassionate about – Don’t write about topics for which you feel no heat. Just because an issue, topic or theme is popular is no reason to waste words on it; in fact, doing so can make you a hack writer. Write for different reasons than simply being commercially successful.
• Find supporters – Network with like-minded, positive writers who offer constructive criticism and point out what is good about your writing. Encourage each other to write and keep at it.
• Never give up – Any goal worth achieving takes hard work. If you want to improve as a writer, if you want to become a respected writer, then you must write.

Need an editor? Having your book, business document or academic paper proofread or edited before submitting it can prove invaluable. In an economic climate where you face heavy competition, your writing needs a second eye to give you the edge. Whether you come from a big city like Dayton, Ohio, or a small town like Why, Arizona, I can provide that second eye.