How to land a television or radio interview 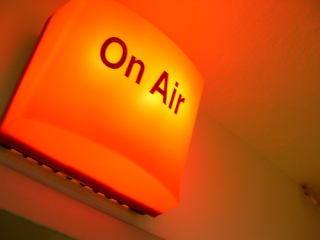 way to promote your book is through a radio or television interview. Most likely the program you land on boasts a loyal audience that’s highly interested in your book’s topic. This can quickly translate not just to additional book sales but requests to appear on other, similar programs.

The first step in arranging such interviews is to find those programs that would be most interested in your book. Look for shows that cover the kinds of topics that your book addresses. For example, if your nonfiction book addresses mental illness, seek out radio programs that regularly have guests who speak on the topic. If your novel is set in a specific city, such as Cleveland, Ohio, then Cleveland is the perfect place to seek a television or radio interview. Typing “radio program” AND “mental illness” into a search engine or “Cleveland radio, television stations” will quickly give you a list of potential shows.

The next step is to actually pitch yourself to these shows. Begin by emailing to them a media kit and a pdf of your book with a cover letter introducing yourself and asking if they would be interested in interviewing you. In your cover letter, describe why your appearance would benefit their program, such as explaining how your book will:
• Resonate with the show’s target audience
• Bring additional listeners as you will promote the interview in your social media platforms, giving free advertising to the show
• Increase the likelihood that your fans likely will tune into the program, increasing the station’s audience share
In addition, include a list of articles and positive reviews about the book, showing the book is of high interest.

As part of the pitch, give potential dates that you could do this presentation. Give plenty of lead time so you can promote your interview via your social media.

While most programs will be interested, do expect rejection. Don’t fret about it; all it means is the radio and television show simply wasn’t convinced by your pitch. Go back and refine your media kit and cover letter and keep at it.

One additional note: With the Internet, also think about podcasts in addition to radio and television shows. Podcasts have very small audiences, but if you find one that covers the topics of your book, the audience will be extremely interested in you. Remember: Your book will sell better among a hundred interested people than a thousand who are disinterested.

Need an editor? Having your book, business document or academic paper proofread or edited before submitting it can prove invaluable. In an economic climate where you face heavy competition, your writing needs a second eye to give you the edge. Whether you come from a big city like Hartford, Connecticut, or a small town like Hebron, New Hampshire, I can provide that second eye.