Ways to break story structure in your novel 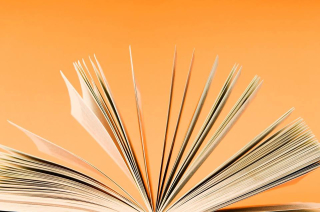 short stories and screenplays today follow a traditional five-part story structure, involving an introduction-rising action-climax-falling action-denouement. While dominant, this isn’t the only form you have to follow as a writer. Indeed, some of the best stories and novels don’t.

Be cautious about falling for gimmicks that claim to be “alternatives.”

The monomyth, also known as a quest, is one of the few true alternatives to the traditional five-part story structure. Most myths and epic tales follow this structure, which record the adventure and growth of a hero by taking him through specific stages. In modern literature, it’s perhaps best used in “The Lord of the Rings” series. Still, often in modern storytelling each portion of the monomyth follows the traditional five-part story structure in miniature.

Indeed, most “alternatives” to storytelling today are less alternatives than twists on the five-part traditional story structure. Such forms include:
• Episodic – This type of novel consists of several self-contained stories that when combined lead the main character on a journey. Each chapter or a group of two or three chapters may form a single episode; a good example is “The Adventures of Huckleberry Finn.” As with the monomyth, usually each episode follows the traditional five-part story structure, and the story arc itself tends to follow the five-part story structure.
• Diary – This structure typically breaks up the traditional five-part story structure into dates, as if you were reading someone’s actually diary. “Flowers for Algernon” is an excellent example. This format is more of an alternative way of presenting scenes and structuring chapters, however.
• Fate plot – Sometimes the author places the climax at the story’s beginning. The rest of story is a traditional five-part story structure that essentially is a flashback showing and explaining how the climax was reached. Once the story arrives at the climax, it often is skimmed over (as the reader already knows what will happen), and the story enters the falling action/denouement.
• Zipper story – This story includes two (or more) alternating strands, with one usually as a subplot. The strands appear to have nothing in common, but with each new scene, their relationship becomes more evident until they connect in some way at the story’s climax. A good example of this Fredrick Pohl’s novel “Gateway.” Each strand, however, follows a five-part story structure with their intersection at the climax. A twist on this is that the subplot is an analogy for the main storyline with the intersection at the story’s conclusion; many episodes of “Star Trek: The Next Generation” aptly do this.

Don’t be fooled by a lot of new books out there that claim they offer alternative story structures. Larry Brooks’ Story Engineering and Blake Snyder’s Save the Cat are among the more popular ones among them. Brooks and Snyder offer excellent advice, but they really just describe formulaic variations on the classic five-part structure of a story (such as the length of each of each part of the five-part story structure and the specific number of rising action scenes), and in the latter case, it’s geared toward screenwriting rather than novels and short stories.

Need an editor? Having your book, business document or academic paper proofread or edited before submitting it can prove invaluable. In an economic climate where you face heavy competition, your writing needs a second eye to give you the edge. Whether you come from a big city like San Francisco, California, or a small town like Nimrod, Oregon, I can provide that second eye.