Home Archives Profile
Create meaningful settings in your story
Motivate yourself to write this year! 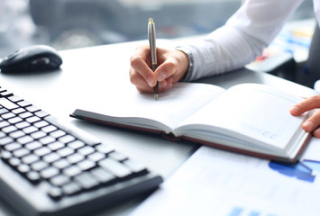 you tell, your choice of words matters. Selecting the wrong word can lead to a number of problems that quickly turns off the reader to your writing.

Clarity
The worst possible outcome of selecting the wrong word will be readers having no idea what you’re writing about. That forces them to reread the sentence or passage, which increases the chances that they’ll lose track of the storyline. You can be unclear in a number of ways:
• Misused words – Sometimes a similar sounding word is used, as in Our building is assessable by wheelchair. The writer really meant accessible.
• Unwanted connotations or meanings – Often the reader will laugh at such sentences, for example, The stowaways knew the only way to stop the pecan truck was to dump the man’s nuts all over the road.
• Ambiguity – While jogging through the park, a dog darted in front of Dawn is confusing because the reader doesn’t know if the dog or if Dawn were jogging.
• Subjective tension – If you wrote He raised his eyes, you wouldn’t literally mean that the character moved higher on his forehead, but the wrong word choice here creates a difference between what you’ve written and what you wanted to say.
• Jargon/technical terms – Unless the reader is a bicycle repairman, Because the fork had a negative air chamber, Tony removed the cover cap from the bottom of the left fork leg will make little sense.

Vagueness
Using inexact and fuzzy words leads to bland sentences that fail to create a vivid picture of what is occurring. For example: She seemed really tall.

Words like seemed and really don’t give the reader a detailed enough picture of the scene or character. Was she tall or not? And if she was tall, then just how high was she?

Awkwardness
Sentences become difficult to understand because using the wrong word forces a writer create structures that make only a little sense. This almost always results in a sentence lacking rhythm. For example: My buddies were more anticipating than the dates.

Need an editor? Having your book, business document or academic paper proofread or edited before submitting it can prove invaluable. In an economic climate where you face heavy competition, your writing needs a second eye to give you the edge. Whether you come from a big city like Tampa, Florida, or a small town like Deadhorse, Alaska, I can provide that second eye.