How to come up with an awesome story title 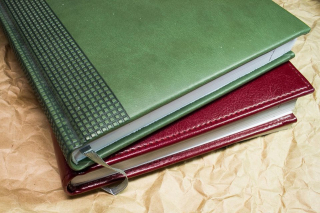 title marks one of the most important decisions you’ll make about your story. The title blares across a novel’s cover and is listed in a magazine’s table of contents. For science fiction readers, those few words hint at the story’s meme (or subgenre, such as alien invasion, space exploration, time travel); some readers prefer certain memes over others and will pass over a story (or give it a try) simply because of the subject matter your title suggests.

The great problem facing writers then is to come up with a catchy – and memorable – title. There are a number of approaches authors take in selecting titles. For one short story I published, I could have used a number of different titles than the one I selected (which was “All or Nothing”):
• Characters – “Nevar,” as she is the story’s main character
• Attributes of characters – “Finding Solace,” for Nevar struggles the entire story with an inner conflict, and peace of mind will not be found until she resolves it
• Real objects – “The Craft of the T’sohg Family,” as Nevar flies a specially designed spaceship, designed by her father, which is where much of the story’s action occurs
• Conceptual objects – “The Sepulcher”; a sepulcher is a hole cut in a cave where the dead are laid to rest, a term used to describe the black hole, where Nevar certainly will die if she enters it.
• Events – “The Race,” as the entire story centers on an annual tournament near a black hole
• Places – “The Black Hole,” as the story focuses on whether or not Nevar will enter it or not
• Times – “Nevar’s Last Race,” for she either will win and die or, based on her choice, will lose and never race again.
• Themes – “All or Nothing,” for Nevar finds she must go for broke to find inner peace.
• Line from text – “Evil Mouth Inhaling the Entire Universe,” as this describes the black hole and the forces that compel Nevar to do what she doesn’t believe in. A line from the story’s text also is known as a “gobbet title.”
• Twist titles – “Separation from Grace,” for by winning the race, Nevar would achieve “unity with grace,” a religious concept some readers would recognize.

Sometimes authors start with the title and build the story around it. This is called a reverse gobbet. James Tiptree Jr.’s novel “Brightness Falls from the Air” is an example of a reverse gobbet, with the title originally appearing as a phrase in a poem by Elizabethan Thomas Nashe (Well, sort of – it’s a misread line.). The reverse gobbet may seem like an odd way to write a story, but sometimes a single evocative phrase can rouse the muse.

Given the many different ways of coming up with a story title – using a character’s name, taking a line from the text, or drawing from a conceptual object in the story, to name a few – just about any word or phrase would seem to serve as an adequate appellation.

Not so. In fact, you want to avoid writing an “adequate” title. You want something that stands out, something that grabs your readers, something that makes them wonder what the story is about and proceed to page one. After all, what is “A Clockwork Orange” and who is the “Lord of the Flies”?

To avoid creating an adequate (or even a godawful) title, don’t use titles that are:
• Unpronounceable – Readers like to talk to one another about what they’ve read. But it’s difficult to talk about something that they can’t pronounce. After all, they might want to ask a bookstore clerk if that title is in stock.
• Embarrassing to say – Ditto.
• Difficult for others to spell – A number of book sales today are made online. But if your reader can’t spell the title at Amazon.com or in a search engine, your book may not be found. (Of course, “Fahrenheit 451” is one of those pre-Internet titles that is difficult to spell – almost no one knows how to spell “Fahrenheit.” But the word is common enough that you shouldn’t let readers’ ignorance rob you of a truly memorable and apt title.).
• Difficult to remember – If readers can’t even remember the title, forget about them asking a bookseller or search engine to find it.
• Forgettable – Ditto.

Need an editor? Having your book, business document or academic paper proofread or edited before submitting it can prove invaluable. In an economic climate where you face heavy competition, your writing needs a second eye to give you the edge. Whether you come from a big city like Washington, D.C., or a small town like Truth or Consequences, New Mexico, I can provide that second eye.