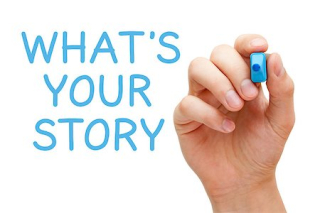 a story? An idea or a setting or a character alone do not make a story. A fictional story is all of those and more.

For the convenience of analysis and discussion, stories often are broken into parts. These parts typically are referred to as the five elements of fiction. They include:
• Plot – How the problem in the story is overcome, typically thought of as physical action
• Setting – Where and when this action occurs
• Character – Whoever attempts to solve the story’s problem as well as those who create the problem and those that appear incidentally
• Point of view – Perspective from which the story is narrated
• Theme – Purpose for which a story is told

Each of these elements appears naturally in the story, whether you consciously intend them to or not. Consider the “Star Trek: The Next Generation” episode “The Best of Both Worlds”. The plot is about stopping a Borg invasion of the Federation. The setting is the 24th century (various stardates are given) in various star systems and aboard the starship enterprise and the invading Borg cube. The characters are the Enterprise’s crew, particularly Captain Jean-Luc Picard, Commander Will Riker and Lt. Cmdr. Shelby. The point of view largely is from an outside perspective, as if we were aboard the Enterprise. The theme is that individuality and self-determination triumphs over collectivism.

Virtually all of the problems with poorly written stories are that one or more of these elements are in some way muddled. In addition, you may perfectly nail each of these five elements but still tell the story poorly because it lacks flair; such problems are a matter of style, which is a part of understanding the craft of writing though not an element of fiction itself.