Avoid using ALL CAPS in your writing 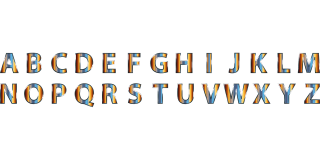 to show that a character is speaking louder than before or to emphasize a point, writers sometimes capitalize each letter of a word, creating what is typographically known as ALL CAPS. For example: Tinker balled his fists. “Quit BULLYING me!”

The writer may want to reconsider capitalizing all of those letters, however.

Ideally, you wouldn't need to use ALL CAPS at all. The context alone should be enough to suggest that the character is shouting or angry. Indeed, in the above example, the character balled his fists, showing that he’s upset. In addition, the exclamation point indicates he’s hollering.

There is a time to change the typography or font that’s used, and that’s to emphasize how a word is spoken. You might italicize a word to show that a character is speaking under his breath and doesn’t intend to be heard. ALL CAPS would show a rise in the volume (that is, a shout) when it’s not expected from the character.

Such a typographical change ought to be used rarely, though, or its effectiveness diminishes. In many ways, overusing ALL CAPS is like using the same word over and over – it’s not particularly creative and eventually the repetition is annoying.

ALL CAPS actually may make reading you story more difficult. A 1955 study found that ALL CAPS text slowed reading speed by 9.5 percent over a five-minute period. In any case, since many established writers rarely use ALL CAPS, for some readers overuse of it can give your writing an amateurish feel, and that’s not the impression you want to give.

Need an editor? Having your book, business document or academic paper proofread or edited before submitting it can prove invaluable. In an economic climate where you face heavy competition, your writing needs a second eye to give you the edge. Whether you come from a big city like Oakland, California, or a small town like Goobertown, Arkansas, I can provide that second eye.