Use broad conflict to set your story in motion 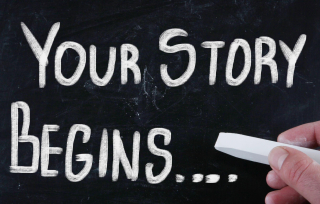 stories force the main character to solve several problems. The issues of where to hide, of finding a way to send a message for help, of obtaining a weapon to defend oneself, all might appear within a single chapter of a novel or even a lone scene of a short story.

One core problem, though, sets into motion the need to address these other issues. For example, escaping a murderer might require the main character to hide, to seek help, and to defend herself. This core problem is known as the broad conflict.

Arguably, the broad conflict isn’t what a story ever is really about. It’s just a device to get the story going. After all, in many character-based stories, the story actually centers on an internal conflict within the main character that unless resolved will mean she can’t end the broad conflict. For example, if the main character is opposed to using violence as an ends to a means, her only alternative is to run from the murderer. That only buys her time. To resolve the broad conflict, her beliefs must change so she realizes that sometimes violence is necessary. Ultimately, she must decide to use a weapon to defend herself. For the reader, the most interesting aspect of this story is how the main character “evolves” or changes. Indeed, that’s true for the writer as well, as the message or theme of the story is that sometimes violence must be used to achieve peace.

Need an editor? Having your book, business document or academic paper proofread or edited before submitting it can prove invaluable. In an economic climate where you face heavy competition, your writing needs a second eye to give you the edge. Whether you come from a big city like Columbia, South Carolina, or a small town like Caulksvile, Arkansas, I can provide that second eye.