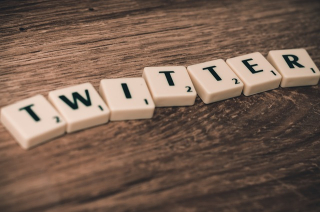 the most common concerns I hear from authors is how Twitter has proven to be a fruitless effort in promoting and selling their books. Their tweets are lost in the crowd of thousands of others, authors say, and they get the feeling that their posts are ignored. After all, as one admitted, “I’m deluged all day with tweets and ignore almost all of them myself!”

At the same time, so many people read tweets that not utilizing the service would be a missed opportunity to connect with potential readers, they add (and if they don’t, as I always remind them). So the challenge is how to make your tweets stand out.

Major magazines, such as the Atlantic Monthly, may have just answered that question. They’ve recently started posting photos with their tweets. Many of them have reported increased retweets and more hits on the article that the tweeted photo links to compared to tweets when no photo is used.

Fortunately, you don’t have to be one of the big guys to tweet a photo. It’s relatively easy and inexpensive to do.

To get started, you’ll need a third-party provider of a photo-posting service. I went with twitpic, which is free and allows you to sign into your account with Twitter, entirely automating the set-up process.

When posting, simply pull the photo used on the page you’re linking to. Then write your tweet and paste the URL into the caption box. Hit “upload” and when that is completed, the tweet is posted.

One problem, though, is twitpic doesn’t shorten the URL of the page you’re linking to, which means you may go over the 140 characters that Twitter allows. A workaround is to enter what you would post on your Twitter site and then cut and paste that into the twitpic caption box.

The tweet via twitpic can be connected to your Facebook page so that it posts there as well, so long as you have a mobile app.

You also can embed a twitpic widget on your blog or website. The widget runs the list of your most current tweets.

Need an editor? Having your book, business document or academic paper proofread or edited before submitting it can prove invaluable. In an economic climate where you face heavy competition, your writing needs a second eye to give you the edge. Whether you come from a big city like Colorado Springs, Colorado, or a small town like Big Chimney, West Virginia, I can provide that second eye.