Delete bogus alternatives from your story 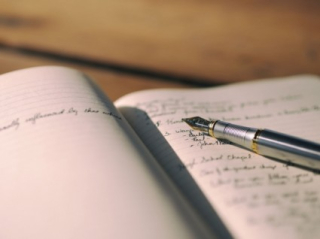 trying to resolve a problem, a main character has to decide how to do so. Along the way, he may have to weigh the pros and cons of each possible solution. Writers go through this weighing process as trying to decide which decisions are the most believable and yields the greatest dramatic payoff.

Sometimes novice writers slow their plot by listing which choices weren’t made and then explaining ad nauseam why the character came to that decision. Such narration is called a “bogus alternative,” a term coined by American writer Lewis Shiner.

An example of a bogus alternative would be: I didn’t head into the desert, even though it was the shorter route, because I didn’t have enough water. It also meant I would have had to spend the night sleeping out in the open where coyotes lurk. Perhaps I should have just stayed where I was, but…

This cumbersome narration need not be told to the reader. The reader should be able to infer why the character made the decision he did. For example, before the character decides what to do, you might write: Two options faced me: A three-day journey across the broad desert plain or a week-long hike along the dry riverbed. I jiggled my half-empty canteen. Maybe there were puddles beneath overhangs on the riverbank.

From this, the reader knows he can’t take the shorter route because he’ll run out of water. That’s really that needs to be said.

Explaining afterward why the character didn’t make a choice only slows the plot. Writers ought to cut it from their story.

When writers employ bogus alternatives, they demonstrate a lack of confidence in either their own writing or in the reader. They believe that their plot isn’t clear enough so that readers won’t understand the main character’s actions. In other cases, the writer is simply penning his own thoughts about how to develop the story. He must learn to distinguish the difference between thinking about the story and telling the story.

Need an editor? Having your book, business document or academic paper proofread or edited before submitting it can prove invaluable. In an economic climate where you face heavy competition, your writing needs a second eye to give you the edge. Whether you come from a big city like Greenville, South Carolina, or a small town like Cocklebiddy, Washington, I can provide that second eye.