Home Archives Profile
Think of your story as if a stage production
Pardon me, mam (or maybe it's ma’am?)

Crack a joke – but only for a good reason 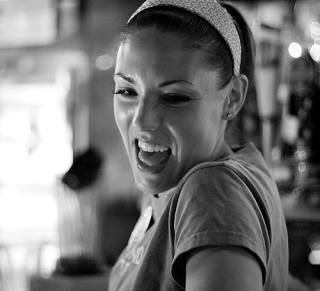 in real life when humor is used to ease tension in social situations or to bond with another person, so jokes and comedy serves a purpose in your story.

Unfortunately, a lot of novice writers don’t quite know when to inject humor into their fictional tales. The result is they either miss opportunities to use an effective narrative tool or they misuse (and quite often overuse) it.

There are a lot of good reasons to inject humor into your story. Among them:
• Plot device – Comedy can help relieve tension. If a novel, short story or stage play has a number of gruesome murders in it, for example, the reader can become numb to the tale’s intensity. To that end, Shakespeare in “Macbeth" used a short humorous scene (the drunken porter scene) after Macbeth assassinates the king.
• Character development – Jokes can be used to reveal information about characters, such as their foibles (via other characters making fun of them) or their values (as humor can suggest one’s belief system.). These inferred facts about the characters then can be incorporated into the plot for good effect, such as Indiana Jones’ fear of snakes in his various movies.
• Theme – By making fun of an idea or of a character who represents a concept, humor can bring to light a story’s message. There’s nothing quite like a cutting quip to break a protagonist’s knotty reasoning.

Unless you deliberately intend your story to be humorous – such as Douglas Adams’ “A Hitchhiker’s Guide to the Galaxy” – be wary of overusing humor. Jokes and comedy that don’t serve a purpose and that work more like asides to fill up space actually slow the story. In such situations, your characters or narrator are just clowning around.

Need an editor? Having your book, business document or academic paper proofread or edited before submitting it can prove invaluable. In an economic climate where you face heavy competition, your writing needs a second eye to give you the edge. Whether you come from a big city like Albuquerque, New Mexico, or a small town like Mud Butte, South Dakota, I can provide that second eye.