What is a writer’s ‘natural’ temperament? 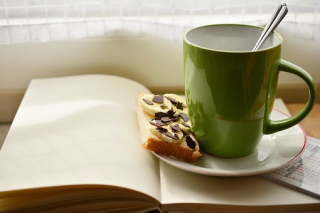 of a novelist as a melancholy, moody artists who dons black as penning books during fits of insomnia or alcoholic inspiration pervades much of our society’s view of writers. No doubt some writers are like this, and the fact that some of the most famous were – the existentialists and the beat writers typically wore black while Hemingway drank continuously – has no doubt contributed to the stereotype that writers are restless and unhappy.

Unfortunately, this also has led many budding novelists to believe that they can’t be successful unless in a state of “discontent.”

If there is a connection at all between temperament and writing "success," it probably is related to the genre one is working in. How does being discontented make one a great mystery writer, after all? That temperament probably does lend itself to writing the more literary works and the more philosophical of the science fiction works, though.

If there is an overarching temperament that is important to all fiction writers, curiosity about life and others arguably is paramount. Should that curiosity lead to discontent and anxiousness, then the author can write the kind of stuff of that discontented writers like to read. Hopefully that curiosity instead leads to a sense of self-improvement and love of craft so that one can master – or even influence – the genre that you write in.

Need an editor? Having your book, business document or academic paper proofread or edited before submitting it can prove invaluable. In an economic climate where you face heavy competition, your writing needs a second eye to give you the edge. Whether you come from a big city like Hartford, Connecticut, or a small town like Hebron, New Hampshire, I can provide that second eye.