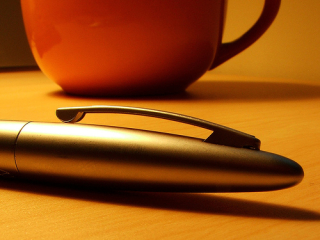 Authors populate their stories with as many characters as needed to make a scene work. A scene about an ancient battle between two armies may literally have thousands of characters. However, almost all of them are background characters with no dialogue or description of their appearance and actions. Instead, the writer focuses on just a couple of characters – perhaps the leader of each opposing army. A couple of their subordinates might be minor characters in scenes, but the take is all about the angst and decisions of the leaders and the conflict they experience internally and externally with one another.

In general, one or two key characters is the limit in a short story. A novel might have up to three or four at most. Even in novels about a group of characters – say one of the “Star Wars” stories in which Luke Skywalker, Princess Leia, Han Solo, Chewbacca, C3PO and R2D2 form the main cast – the writer builds the story around just two or three of them. For example, Luke, Leia and Han typically are the major characters with Chewie and the two droids relegated to secondary roles in most scenes.

There’s good reason for an author to limit the number of key characters:
• Plot loses its urgency – When one or two characters have something at stake, the drama is heightened. If too many characters have conflicts that must be resolved, the writer has fewer words to fully work through each plot line, potentially diffusing the tension.
• Prevents strong character development – Too many character decreases the reader’s ability to identify with any one of them. If a reader doesn’t have any feelings about the character (whether they be good or bad), the book likely will be set aside for a more interesting one. After all, what incentive is there to finish the story?
• Confuses readers – When each new chapter means that the point of view will be shifted to focus on a different character, you risk perplexing the reader, at least until they catch on to what you’re doing. In addition, the more key characters there are, the more difficulty readers will have keeping track of each one through the story.

While a novel allows writers the luxury of more key characters as the increased number of words gives room to develop them each of them, a challenge they face is introducing all of the key ones early in the book. Waiting too long to introduce a key character limits the ability to develop them and lessens their integration in the overall plot so that their late entrance can feel contrived. Because of this, many novelists follow a rule that they must introduce all key characters by chapter three.

Need an editor? Having your book, business document or academic paper proofread or edited before submitting it can prove invaluable. In an economic climate where you face heavy competition, your writing needs a second eye to give you the edge. Whether you hail from a big city like San Francisco, California, or a small town like Tunnelton, West Virginia, I can provide that second eye.