Home Archives Profile
Flat line those errors on indices vs. indexes
How to promote multiple books on your website 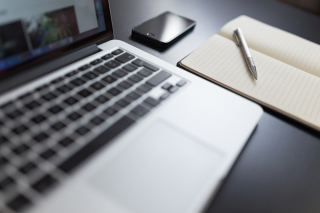 a nonfiction book, you probably want to include sidebars or breakout boxes in the book’s main text. Such tools can help make the main text more readable by dividing it so one large block of words doesn’t appear page and after. These elements also can provide a way for you to present ideas and concepts related to the chapter but that don’t really fit well in the main text. Further, they offer a neat way to summarize key ideas presented in the main text.

A sidebar typically is a brief article that appears next to the main text. For example, if writing a book about the Beatles, we might include a sidebar about whatever happened to all of the lads who once were members of the band (and its predecessors the Quarrymen and the Silver Beatles). This sidebar might appear at the point where the lineup of the four Beatles as we know them today – John, Paul, George and Ringo – was solidified. Since readers probably will want to know what happened next to the Beatles, telling how Pete Best and Eric Griffiths fared in life probably wouldn’t fit in the main text, though knowing the answer is of high interest. A sidebar solves the problem.

Breakout boxes hold related text that isn’t long enough to form a whole article for a sidebar. It might be a list, a quotation, or a factoid that relates to the main text. For example, in the Beatles book mentioned above, at the point in the main text where Ringo joins that band, we might include a breakout box that says “Though Ringo was the last to join the Beatles, he is the oldest of the four band members!”

All sidebars and breakout boxes need a headline or header to indicate what they are about. Sometimes with breakout boxes, a line is necessary to further explain exactly what the list appearing below it is about.

Need an editor? Having your book, business document or academic paper proofread or edited before submitting it can prove invaluable. In an economic climate where you face heavy competition, your writing needs a second eye to give you the edge. Whether you come from a big city like Providence, Rhode Island, or a small town like Gay Head, Massachusetts, I can provide that second eye.