Home Archives Profile
Center on internal flaw for compelling story
Getting concrete with literally vs. figuratively 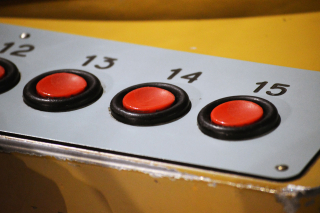 rather than finding a truly evocative term, writers get lazy and use pushbutton words. Pushbutton words attempt to evoke an emotional response from readers without appealing to their critical faculties or intellect. American writer Lewis Shiner coined the term.

Examples of pushbutton words include: dreams, poet, song and tears in sentences like these:

He wondered if his dreams would ever come true.

He could not shake the image of her smile, which remained in his head like a pretty song.

Tears welled in her eyes.

Each of these words is intended to evoke an emotional response (dreams=hope, poet’s=love, song=beauty, tears=sadness), as if the writer says, “I want readers to feel sadness, so I will push the button marked ‘tears’ and that’s what they’ll feel." Because writers overuse these words, however, the stimuli doesn’t work so well; there is a bad connection between the button and the reader’s response.

If using a pushbutton word in your writing, delete the sentence and start over. Seek another way to be evocative.

Need an editor? Having your book, business document or academic paper proofread or edited before submitting it can prove invaluable. In an economic climate where you face heavy competition, your writing needs a second eye to give you the edge. Whether you come from an urban area like Akron-Canton, Ohio, or a rural community like Toadlena, New Mexico, I can provide that second eye.

Argh! Don't you hate it when there's a typo in your comments, but you don't see it until after you hit post! Feel free to correct my "inherently" in that last comment.