Your story's main character must fail 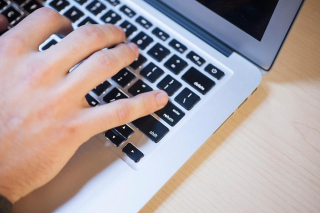 story is about a single character who overcomes some problem. This player in your story is called the main character. Common examples are Dorothy in “The Wizard of Oz,” John in James Baldwin’s “Go Tell It on the Mountain,” and Jessica Fletcher in “Murder, She Wrote.”

Main characters usually are the hero of the story. The tale often is told from their viewpoint. Quality main characters typically:
• Possess likable traits but also have a major flaw – Your main character may be brave, intelligent, a natural leader and handsome, but he also ought to be indecisive, obsessed or hold some other negative quality. Your character runs the risk of being melodramatic (or too perfect) if he doesn’t possess some flaw. Such stories may be fun for kids to read (and possibly even instructive for them) but is not a believable story for an even slightly discerning adult reader, who will view the character as unrealistic.
• Face a challenge that attacks him at his weakest point: his major flaw – To succeed, the main character must grow and develop in such a way that he confronts and overcomes his major flaw. Oftentimes, to overcome his major flaw, he must surrender something of “inestimable value” to himself. By overcoming this inner conflict, the main character should gain something of inestimable worth. Such challenges maximize tension in a story and allows the reader to take something with him when he’s finished the story.
• Overcome conflicts that allow him to grow – All conflicts that the main character faces should serve to point or direct him toward ultimately overcoming his major flaw. By overcoming such challenges, the main character inches closer to realizing what he must do to solve his major flaw, which in turn allows him to overcome the problem that set the story in the motion.
• Don’t give up – Main characters almost always fight to main control of their lives. They want to determine their own destiny.

Need an editor? Having your book, business document or academic paper proofread or edited before submitting it can prove invaluable. In an economic climate where you face heavy competition, your writing needs a second eye to give you the edge. Whether you come from a big city like Miami, Florida, or a small town like El Moro, Colorado, I can provide that second eye.