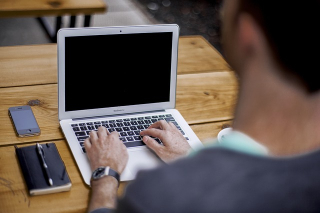 when writing, we unintentionally create ambiguity – that is, we write a sentence that can be interpreted in more than one way.

You’ve probably ran into this when reading instructions for a do-it-yourself kit or when trying to resolve some technical issue with your computer. For example:

Put one button at another button.

Exactly what does that mean? How do you place a button “at” another button? Does one go on top of the other or next to it? Is one button moved and then replaced by the other button?

In fiction, usually the result is that one of the interpretations is humorous, which distracts the reader from focusing on the story, as it breaks the suspension of disbelief. For example:

She stood and cleaned up her glass and napkin.

Did she literally take a wash cloth to her glass and napkin or did she bring them to the kitchen sink and trash can?

Often as writers we’re too close to the text to realize that a line is ambiguous. We know in our heads what we’re trying to say and so see only that when reading a line.

To identify ambiguities, look for the couple of common grammar problems that often lead to them.

By eliminating ambiguities, we make our writing more concise.